Emil Umetaliev, a businessman and ex-minister of economic regulation, was summoned to the Military Prosecutor’s Office for questioning. He confirmed the information to 24.kg news agency.

According to him, he should come to the Military Prosecutor’s Office today at 17.00. He was summoned as a witness.

«I do not even know within what case,» said Emil Umetaliev. 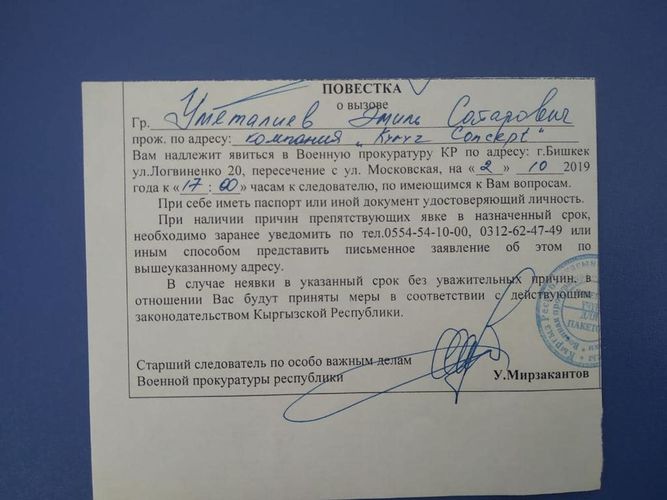 Recall, Emil Umetaliev headed the Ministry of Economic Regulation in 2010. He is the founder of Kyrgyz Concept company.