Parents protest against informal fees at schools near the White House 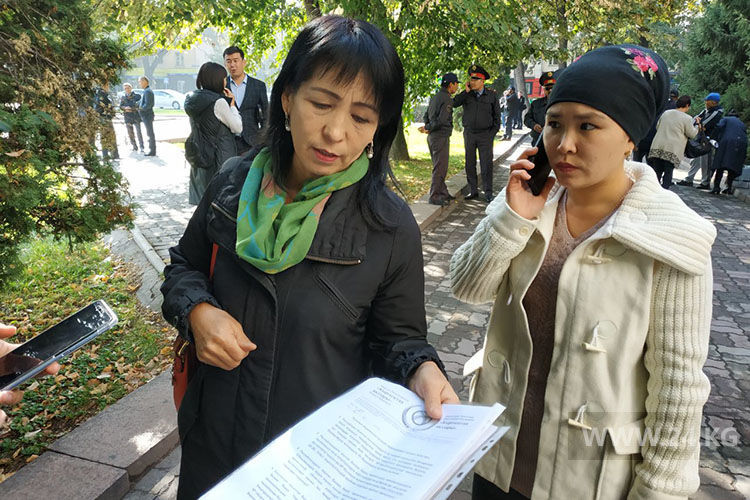 Parents of schoolchildren from all over Kyrgyzstan, who are not satisfied with informal fees at schools, gathered near the White House in Bishkek.

They planned to hold a rally, but police officers showed them a court decision on restriction of protests on Chui Avenue, and offered to go to Gorky minipark.

«We were promised that a commission would come from the Government, we decided to wait for it here,» Zamira Mambetova, Chairwoman of Kyrgyzstan Ayaldary NGO, organizer of the protest, said.

According to her, the minister recently issued an order «On prohibition of illegal fees at general educational organizations of the republic.» «However, the same orders were signed by his predecessors. The document states that teachers and principals should not intervene. But the school boards, parent committees demand money,» said the head of the NGO.

The Constitution guarantees free education. We demand a complete ban on any fees from parents.

Other parents added that money was collected for services of cleaning ladies and security. «Why should we hire security? Deputies have so many guards, why they can not allocate them for schools?» they ask.