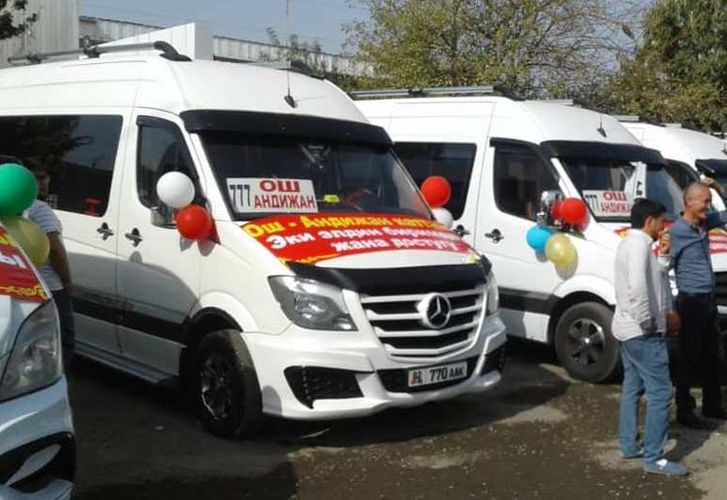 A new minibus route has been launched from Osh city to Andijan (Uzbekistan). Press service of the Ministry of Transport and Roads of the Kyrgyz Republic reported.

Simplification of procedure is provided for passengers during passage of a checkpoint on the border.

Minibuses with the number 777 depart from Osh bus station every 20 minutes. The same minibuses will transport passengers from Andijan city to the southern capital of the Kyrgyz Republic.