Traffic movement to be restricted in Bishkek due to half marathon

An International Half Marathon will be held in Bishkek on September 22. Press service of the Bishkek City Administration reported.

At least 1,470 athletes from 17 countries applied for participation. Three distances are provided for the marathon runners: 3, 10 and 21 kilometers, as well as Nordic walking. 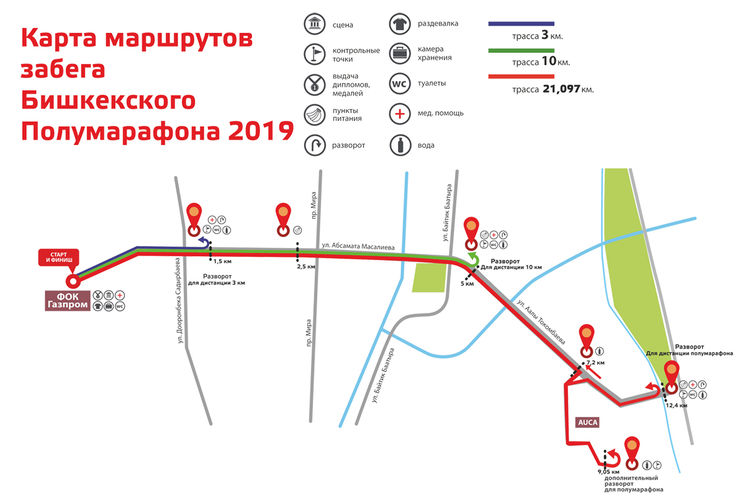 The race will start at 9.00 at Gazprom for Children Sports and Recreation Centre at the address: Archa-Beshik housing estate, 46/1 Sherbet Street, in the direction of 7 April Street.

Traffic movement along the Southern highway from Chortekov Street to 7 April Street will be limited during the time of the marathon from 8.30 a.m. to 12.30 p.m. Only one lane will be open for traffic. Two-way traffic will be organized in the western direction.

Bishkek City Administration asks car owners for understanding and to choose their routes in advance.