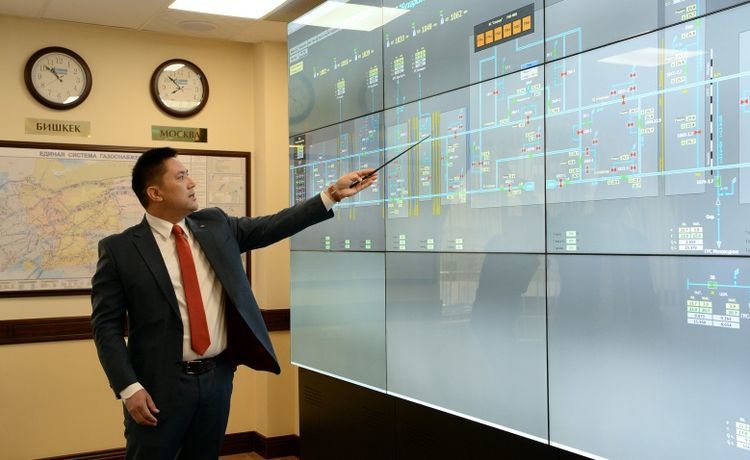 It is planned to supply with gas up to 60 percent of the country, or more than 400 settlements of the Kyrgyz Republic by 2030. The President of Kyrgyzstan Sooronbai Jeenbekov said during a visit to the head office of Gazprom Kyrgyzstan LLC, the press service of the head of state said.

According to it, a project on launch of Bishkek — Kant — Tokmak gas transmission pipeline and Tokmok gas distribution station was presented there.

«Since start of Gazprom’s work in the republic, it has been fully fulfilling all its obligations. 25 billion soms have already been invested in the domestic gas industry. Social projects are being actively implemented. I take this opportunity to express my gratitude to the management of the enterprise for the work done,» Sooronbai Jeenbekov stressed.

«We hope that this project will increase the economic potential of Chui region and lay a foundation for further gas supply of other regions,» the head of state said.

He stressed that Gazprom’s investments had a positive effect on the domestic economy and preservation of environment.

Launch of Bishkek — Kant — Tokmak gas transmission pipeline and Tokmak gas distribution station will ensure uninterrupted supply of natural gas to consumers in these cities, and there will be an opportunity for further gas supply of Issyk-Kul and Naryn regions.