Prime Minister of Korea Lee Nak-yon arrived in Kyrgyzstan with an official visit. The Information Support Department of the Cabinet reported.

The guest was met by the Prime Minister of the Kyrgyz Republic Mukhammedkaly Abylgaziev at Manas International Airport. The guard of honor was lined up at the official welcoming ceremony at the airport, the orchestra played the anthems of the two countries.

Several events are planned within the framework of the official visit of the Prime Minister of Korea, including two Kyrgyz-Korean business forums with the participation of more than 50 Korean companies, meetings in the B2B format and a number of bilateral meetings. 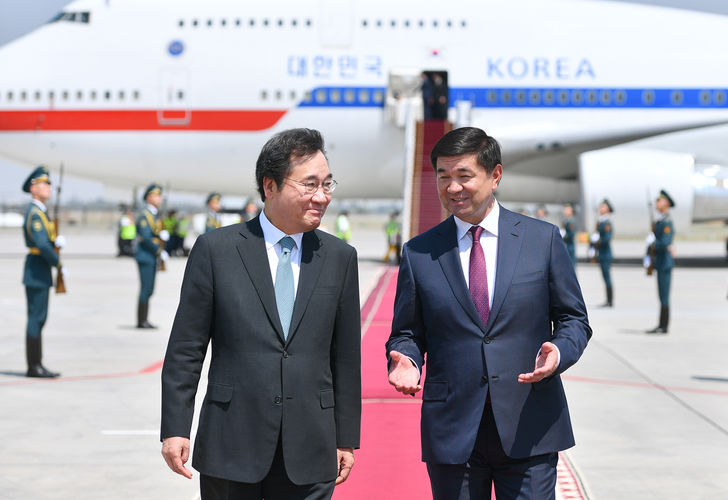 «During the talks, the sides will discuss issues of further development of cooperation in the field of trade, agriculture, health care, mining industry, tourism, energy, transport, textile industry, information technologies, as well as strengthening cultural and humanitarian ties,» the message says.

The President Sooronbai Jeenbekov will also receive the Prime Minister of Korea.

Signing of a number of bilateral documents is planned following the official visit.