Embassy of Mongolia opened in Kyrgyzstan 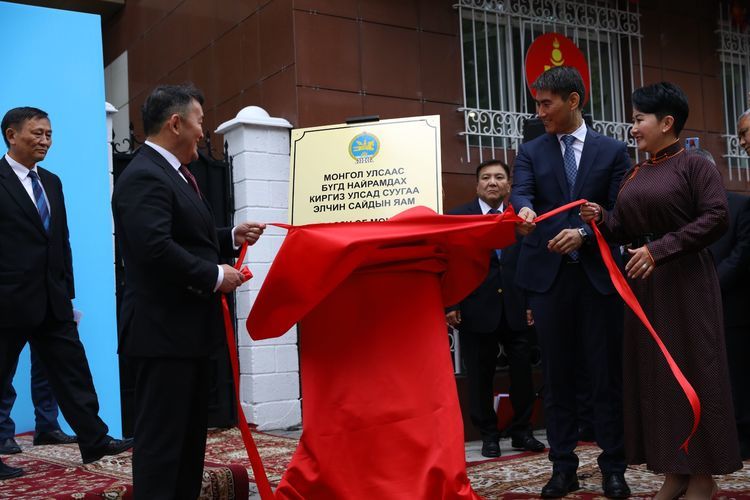 President Khaltmaagiin Battulga officially opened the Embassy of Mongolia in Kyrgyzstan. Press service of the Ministry of Foreign Affairs of the Kyrgyz Republic reported.

Khaltmaagiin Battulga stressed that the opening of the Embassy was a proof that Mongolia attaches great importance to the Mongolian-Kyrgyz friendship, and expressed confidence that it would become a bridge for strengthening cooperation between the two countries. 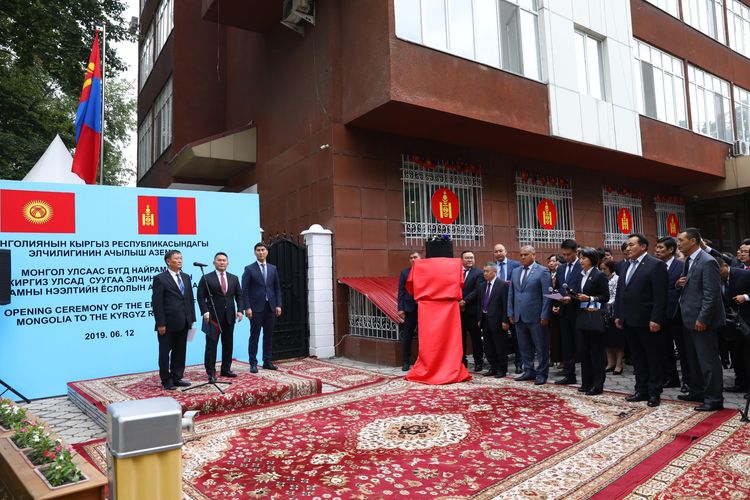 According to the Minister of Foreign Affairs of the Kyrgyz Republic Chingiz Aidarbekov, Mongolia is a brotherly country for Kyrgyzstan, both countries have long-standing historical and cultural ties, the peoples of the two countries have a lot in common.

Within the framework of the official visit, Khaltmaagiin Battulga met with the President of Kyrgyzstan Sooronbai Jeenbekov. Following the meeting, the heads of state signed a number of bilateral documents.