President of Kyrgyzstan Sooronbai Jeenbekov met with the Speaker of the Parliament Dastanbek Dzhumabekov, the Prime Minister Mukhammedkaly Abylgaziev and the Chairwoman of the Supreme Court Gulbara Kalieva. The Information Policy Department of the Presidential Administration reported. 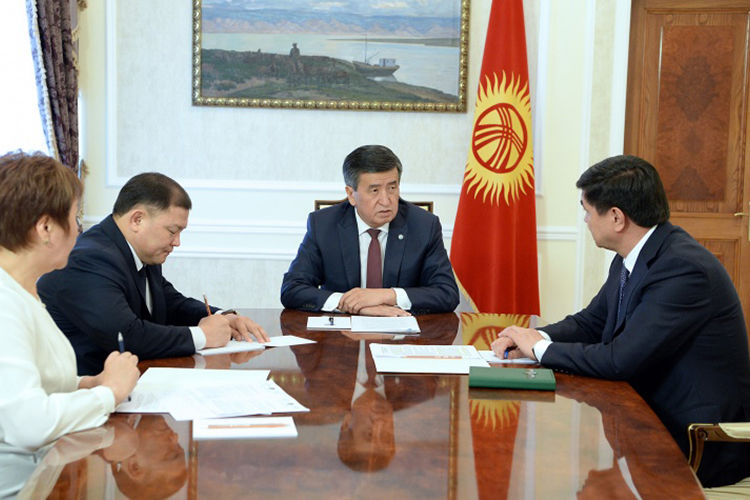 They exchanged views on current issues that are on the agenda of the country.

Sooronbai Jeenbekov called on the leaders of the legislative, executive and judicial branches of the government to carry out consolidated work on implementation of strategic objectives for the development of the republic’s economy and improvement of the well-being of citizens. The president mentioned implementation of judicial and legal reform as one of the urgent tasks.

Sooronbai Jeenbekov stressed the need for successful implementation of programs within the framework of the National Strategy for Sustainable Development of the country, including on the development of regions, digitization of the state. He also outlined the importance of careful consideration and adoption of bills relating to reforms in the economic, judicial and legal spheres, electoral system.