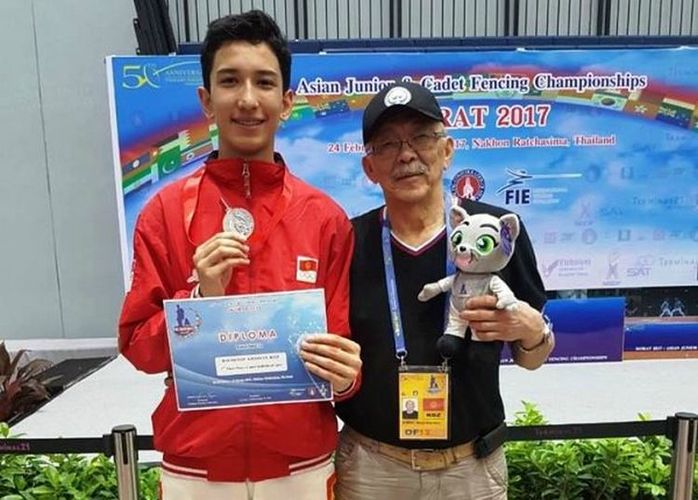 He participated in the fencing tournament. In the group stage, he scored three wins, lost twice and reached the playoffs.

This is the first medal of Kyrgyzstan at the Youth Olympic Games 2018.

Hasan Baudunov is 17 years old. He is the champion of Asia among the cadets. He repeatedly successfully performed among the adults.