The Botanical Garden of the National Academy of Sciences is experiencing a new stage of development. Its acting director Gulaiym Donbaeva announced at the 80th anniversary of the garden.

The Botanical Garden was founded in 1938. Its total area is 174.32 hectares; it is one of the largest botanical gardens in Central Asia. «Our Botanical Garden on the eve of its 80th anniversary is moving to a new stage of formation. There were many ups, successes, new discoveries in its history. Its territory, collection increases gradually,» she noted.

Gulaiym Donbaeva stressed that the garden had reached its development thanks to people who laboriously worked on each plant. «On March 1, 2018, the general plan for the reconstruction and restoration of the garden was approved. We are waiting for suggestions from the citizens, opinions, in which direction the garden should develop,» she noted. 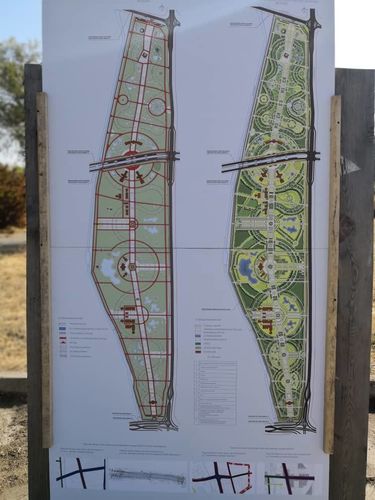 The President of the National Academy of Sciences of the Kyrgyz Republic, Murat Dzhumataev, recalled that the Kyrgyz Academy of Sciences also marked its anniversary this year. «The branch was established on January 5, 1943, at the height of the Great Patriotic War. The outcome of the war was not clear yet, but the state created such an organization. The people had such a high belief in victory,» he said.

According to him, Botanical Garden was one of the organizations on the basis of which the Academy was organized.

Chairman of the Public Foundation Initiative Archa Emil Shukurov noted that he and the Botanical Garden were peers.

«I started to visit the garden during the war. Our family was friends with the Gareyevs. The Botanical Garden, which we see today, has gone through a great history and turned into the best corner of the city and Central Asia. It is the only one, which has preserved its diversity and territory,» he said. 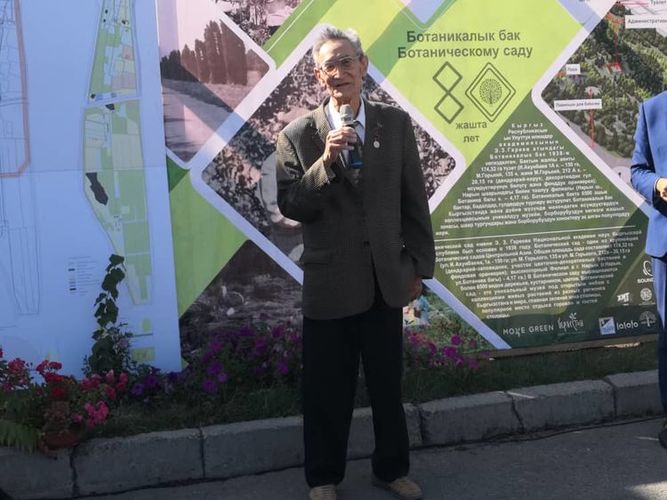 Emil Shukurov noted that with the support of the country’s leadership and citizens, the Botanical Garden will move to a new stage and will represent not only the interests of the city and the country in the issues of gardening, but also the whole Central Asia. «We plan to turn it into a mountain garden. It will adapt all kinds of flora for all countries of Central Asia,» he shared his plans.

Musical and entertaining programs, fair of handicraftsmen are organized. The celebration will last until 4.00 pm.