Traveler Pavel Globus: What is the purpose of traffic lights in Bishkek? 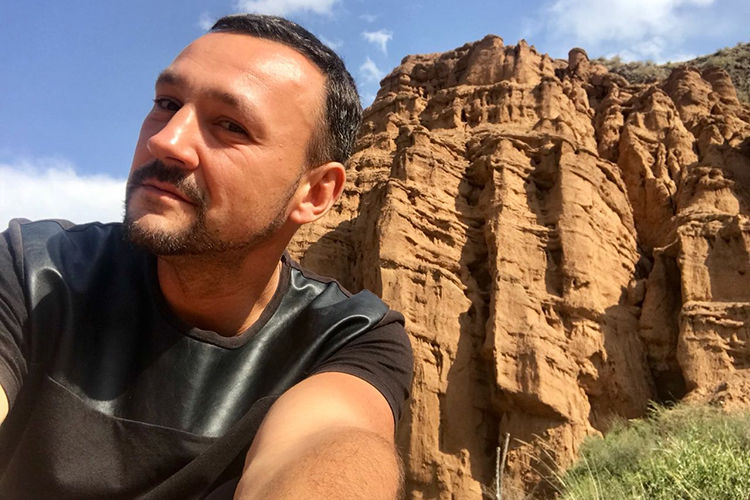 Pavel Globus is a well-known travel blogger, in other words, a traveler. After a trip to a country, he tells in detail about his wanderings on social networking sites, attaching photos and videos.

Pavel is a lawyer by education. But he decided to quit boring practice, respectable clients overnight and move to exotic countries. Pavel has visited 43 countries and 400 cities.

The traveler told that, he got so hooked on the mountainous republic that he came here for the fifth time already and even thinks about obtaining citizenship of Kyrgyzstan.

— What has fascinated you in acquaintance with the local population?

— I came to Kyrgyzstan for the first time in January 2016 because I found cheap tickets and I was interested in this part of the region. I’ve never been here before, and I was not so actively engaged in blogging.

My debut, if I may say so, started with Kyrgyzstan.

Frankly speaking, the first impressions were awful. I thought: «God, how can people live here at all?»

— It all began at the airport, where I got acquainted with a dubious business, when your suitcases were wrapped into polyethylene for 250 soms, and two girls, without batting an eye, stuck labels from small backpacks designed for hand luggage to large suitcases weighting 50 kilograms each. The next «surprise» happened when we left the airport. We ran a red light, the driver did not even slow down, but only blinked the headlights.

«There is no one, and I blink the headlights to show that I’m running the red, be careful,» the driver explained to me. 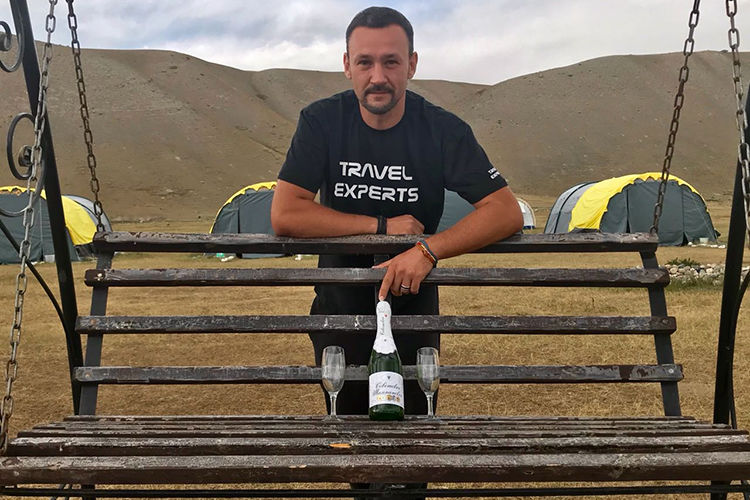 A similar story happened a little later, when I took a taxi at night. The roads were empty, the driver ran the green light and blinked the headlights again. I asked: «Why are you blinking? You’re running the green.» His answer left the head spinning: he blinked to warn that he was running a green light and should be passed.

Why do you need traffic lights in Bishkek with such a culture of driving?

— I, actually, asked what has fascinated you, and you told me about the poor driving culture...

— Well, having looked at Bishkek in winter, I realized that it was not the best season, and decided to come here again in summer.

You asked me what I liked. I answer — people! We take a liking to a particular place, because it gives positive emotions, and they are created exactly by the people.

So, when I came here for the second time, I really liked how I was met. I met so many wonderful people! And I fell in love with your country more and more with each new acquaintance. The country attracts me like home. You know, I find my way around in Bishkek so easy that I even explain to local taxi drivers how to get to any place.

— So, have you been fascinated by hospitality?

— Yes. And, of course, I liked the fact that there were no problems with visas and language. In general, Kyrgyzstan is an exotic country for an ordinary European or Muscovite. For example, here I tried kurut, which I liked. Russians, for example, or residents of Western and Eastern Europe go to eat larvae in Thailand. What for? You can try a sheep’s eye here in Kyrgyzstan. 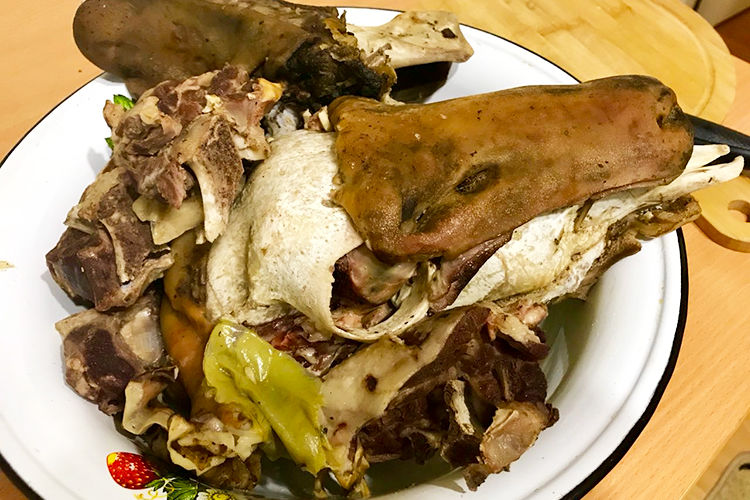 — Do sheep eyes remind you of larvae? It is ok, but what are you still afraid to taste?

— Yes, I’m afraid to taste everything, but my work obliges me to know the national cuisine of the country which I visit. It is a pity that the sheep’s eyes, when I described my feelings after eating them, did not cause hot discussion on social networking sites.

Maybe, I will have more luck with the sheep’s brains... The skull of a poor lamb, by the way, is languishing in my freezer.

— Do you have a favorite dish?

— I like everything. As for drinks, I prefer jarma. Of course, I like plov, especially the Uzgen one. It’s strange that the local people do not know the geography and culture of their own country. They do not know, for example, what Uzgen is famous for and that plov in this city is special.

— Have you traveled all over Kyrgyzstan?

— Yes. I was surprised that the people, especially in Bishkek, did not visit anything except for Issyk-Kul Lake.

When I ask Bishkek residents what Tash-Rabat is, they say that it is a shopping mall.

They do not know which passes are the most beautiful, that one can touch snow in August. And it is not necessary to climb somewhere into the mountains for this. Plus, you are being transported, fed, shown national traditions. Can someone not like it?

Sometimes I think about obtaining a Kyrgyz passport. Honestly speaking, not all countries have preserved the traditions of indigenous people. There is something that deserves to be seen. It is real to see people in national costumes, live in a yurt, eat national food. The cattle market in Karakol makes me feel that I am in the Middle Ages.

— But at the beginning of our conversation you unflatteringly spoke about Kyrgyzstan ...

— There is a fly in the ointment. I was disappointed by unreliability. There is even a term " to visit in Kyrgyz way". Nobody agrees in advance, does not plan a day. If you schedule a meeting, for example, at five o’clock in the evening, you will be paid a visit at seven at best, or may be even completely forgotten.

— You have visited Kyrgyzstan, Bishkek many times. Is Bishkek changing in your opinion?

— The trees were cut down and poured with concrete, and even poorly. There is no single architectural style in Bishkek, it is build up as it is. 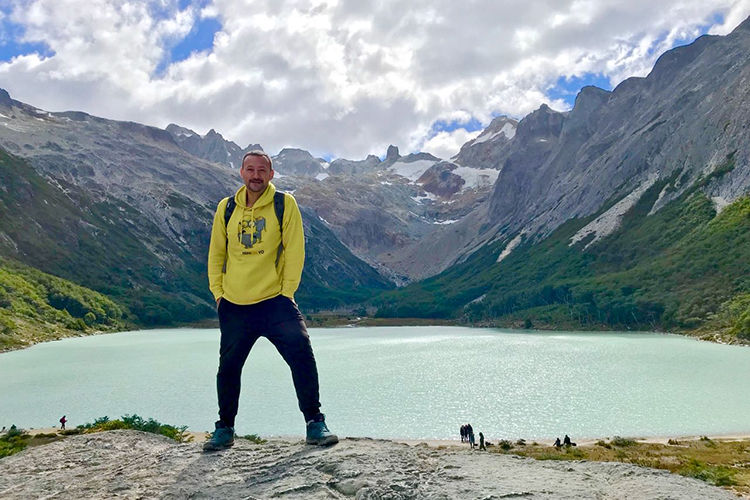 As for positive sides, it is cleaner now. There are more shopping centers. There is progress, but I miss trees. There is no public transport, no timetable for intercity buses. You come to a bus station by taxi, and drivers immediately come to you, wishing to deliver to anywhere in the country. It frightens, honestly.

— This is a museum of the Great Void, citadel of art of an artist. His name is Alex. The museum is not traditional; these are not the walls with canvases.

The house is made of glass, crystal; small and large pyramids are everywhere. They create an effect of light refraction.

There is a huge glass pyramid at the entrance. Its upper part is the entrance, and the lower one is flooded with water. To get to the top, you must first dive into the tunnel with water and then find yourself in another world. The museum works every Sunday. 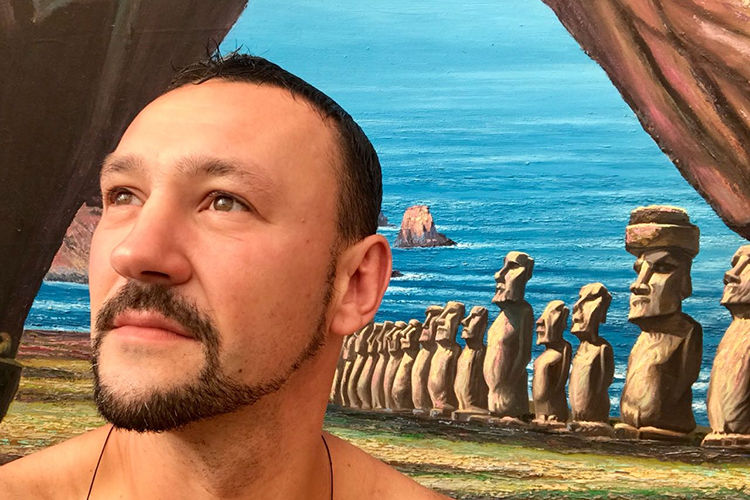 You can swim in this pyramid. There is ionized water. I spent six hours in this amazing place and went away in awe. Before that Bishkek was an ordinary post-Soviet city for me, but the glass museum broke this stereotype.

link: https://24.kg/english/95387/
views: 589
Print
Related
Siôn Roberts: Bishkek saved me from sad and depressing time during the pandemic
Oscar Herrero from Spain about his worries and delights in Kyrgyzstan
Valerian Sibille doesn't like Kyrgyz language, but wants to return to Kyrgyzstan
Striker of Alga Tosin Aleriwa about football, plov and stupid people
Choreographer from Cuba Michael Campos: Kyrgyzstan is special
Eraj Kaniev from Gorno-Badakhshan finds his home away from home in Kyrgyzstan
Mary Bernadette Condé became Kyrgyz kelin, but still not used to local customs
Ambassador of India to Kyrgyzstan: I would like to see more libraries in Bishkek
Makiko Uehara and Aya Murakami: Japanese and Kyrgyz are similar in appearance
Kübra Erbayrakçı from Turkey about wonderful aspects of Kyrgyz language
Popular