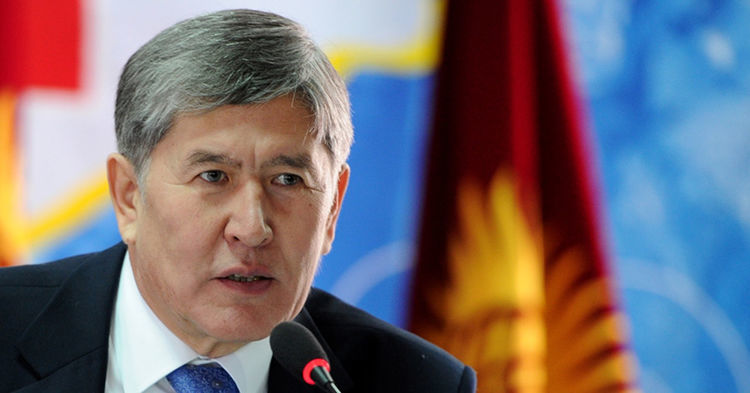 «At least 27 years have passed since the adoption of the Declaration on State Independence of Kyrgyzstan. Our young country is developing, we have many problems, but today we have a lot to be proud of!» congratulatory message of the former president of Kyrgyzstan Almazbek Atambayev says.

«In recent years, Kyrgyzstan has succeeded as a state and is no longer considered as an impoverished country. We ensured the energy security of the state. We are close to the achievement of transport independence, built anew and reconstructed an unprecedented number of highways. We used international support, but at the same time achieved the fact that the ratio of the state debt to the country’s GDP did not increase, but decreased. Kyrgyzstan has a battle-ready army now,» the former president said.

Kyrgyzstan has learned to defend its national interests in the international arena. But recently, our country was called a failed state.

«We have achieved all this thanks to the efforts of all citizens, thanks to the patience and wisdom of the people of Kyrgyzstan. Every worker’s contribution to strengthening the independence and sovereignty of Kyrgyzstan is invaluable. Therefore, the Independence Day is celebrated not only as an official event, but in every city and every village, at every company and in every family,» Almazbek Atambayev said.

«We have many new goals and tasks ahead of us. Independence Day is a holiday with which each of us connects hopes for peace and harmony among the people, for sustainable development and prosperity of Kyrgyzstan,» the ex-president said.