According to him, the criminal prosecution was dismissed due to the lack of a crime in the actions of the police general. 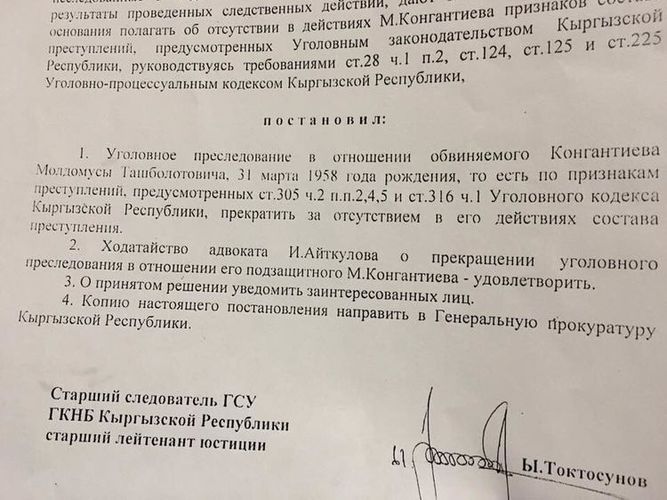 Recall, the former Interior Minister Moldomusa Kongantiev was accused of abuse of office during the April 2010 events.

After 7 April 2010, Moldomusa Kongantiev left Kyrgyzstan, but he was detained in Moscow by FSB officers and extradited to Bishkek. On April 26, 2010, he was taken into custody by decision of the Pervomaisky District Court of Bishkek. Moldomusa Kongantiev was interrogated in the framework of the investigation of the events that took place on April 6-7, 2010 in Talas and Bishkek, after which the investigators decided that the police general should be placed under arrest. Later, he was released.