Protest against street in honor of Moldomusa Kongantiev held in Bishkek

He believes that the initiators did not have the moral right to name the street after Moldomusa Kongantiev.

«I demand to explain for what merit the street in Bishkek was named after him,» the human rights activist says. 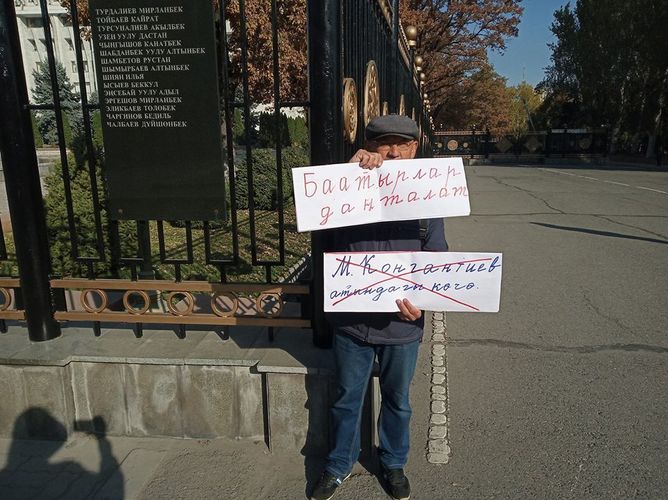 It became known that one of the streets in Police Town district, belonging to Altyn-Ordo housing estate, was named after the former Minister of Interior on the initiative of its residents. Streets in this area were also named after passed away Interior Ministry Generals Zhusup Akmatov, Temirkan Subanov, Chynybek Aliev.

By the way, the former Interior Minister was accused of negligence during the March events in 2005 and abuse of power during the April events in 2010. Only in July 2019, the court acquitted Moldomusa Kongantiev for lack of corpus delicti.