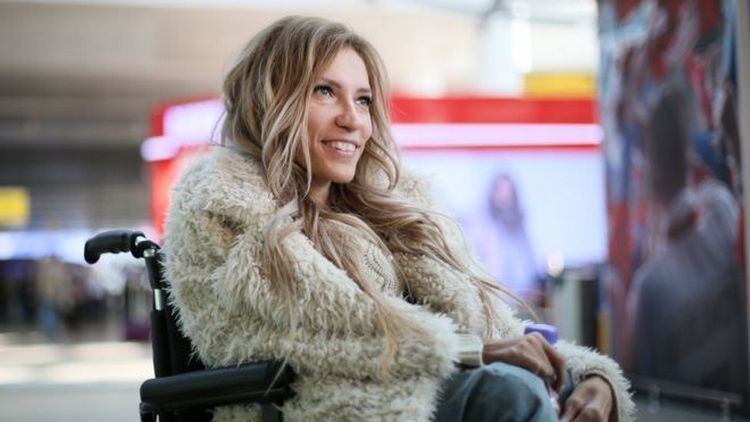 The Security Service of Ukraine banned the entry of a Russian citizen Julia Samoilova, who was supposed to represent at the Eurovision music contest in , for three years. BBC reported.

As noted, the press secretary of the Security Service Elena Gitlyanskaya on Facebook clarified that the decision was made on the basis of the data received by the service on the violation of Ukrainian legislation by Samoilova.

She did not specify the law. However, it is known that Samoilova performed in Crimea without requesting permission from the Ukrainian authorities to enter the peninsula, and Samoilova accompanied her post by a photograph from her concert in .

Until now, Julia Samoilova was not included in the list of Russian artists who are banned from entering Ukraine.

On March 12, Julia Samoilova was chosen as the representative of  at the Eurovision Song Contest following the results of the contest held by the Russian Perviy Kanal.

Julia has been using a wheelchair since childhood.