Akylbek Japarov tells about incentives for investors in Batken region 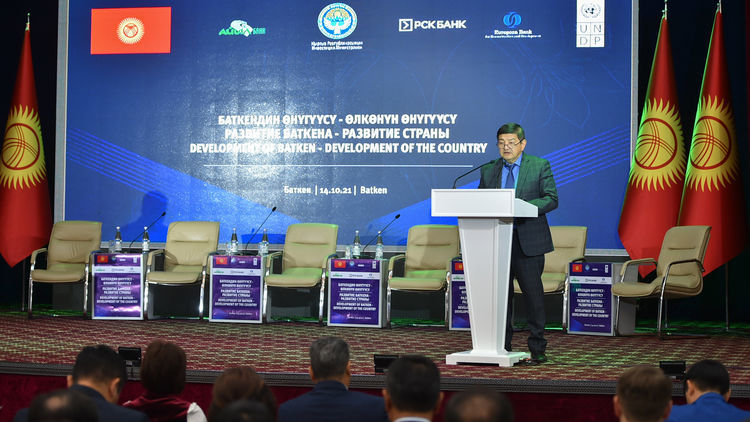 Akylbek Japarov, as part of his first trip as Chairman of the Cabinet of Ministers to the regions of the country, took part in the investment forum «Development of Batken — Development of the Country» in Batken region. Press service of the government reported.

«Development of the economy of Batken region is of strategic importance. As you know, a law on the special status of the region and a development program have been adopted, and an action plan has been approved. The state, for its part, provides benefits in the form of a special tax regime to entrepreneurs working in border areas. A special investment regime was also introduced — the Cabinet of Ministers provides state guarantees for investments and a full amnesty is planned for investors in Batken region,» Akylbek Japarov said.

According to him, the permitted threshold for direct public procurement will increase from 2 to 5 million soms.

«These regimes are the best time for investment in Batken, including for local entrepreneurs. I urge all of you to use take the opportunity. The main thing is to work according to Eurostandard-5,» he noted.

Akylbek Japarov added that a special preferential regime will be in effect when receiving state and municipal services.

It is expected that the forum will become a platform not only for discussion of topical issues of socio-economic development of the region, but will also allow reaching important agreements.