Fake $6,800 found in apartment of members of organized crime group

A large amount of counterfeit money was found in the apartment of members of an organized crime group. Press center of the State Committee for National Security of Kyrgyzstan (SCNS) reported.

Employees of the state committee identified persons planning to use counterfeit money on an especially large scale in the territory of the Kyrgyz Republic with subsequent replenishment of the «criminal treasury».

Three members of the organized crime group were detained on July 24.

Counterfeit money in the amount of $ 6,800 was found and seized in their houses. 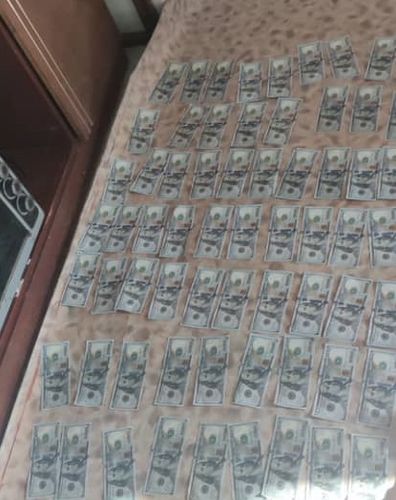 One of the detainees was previously prosecuted under article 202 «Robbery» of the Criminal Code of the Kyrgyz Republic and was serving a criminal sentence in the penal settlement No. 26 of the State Penitentiary Service.

All detainees were placed in the pre-trial detention center of the SCNS.