While the authorities of Kyrgyzstan are changing the Constitution and holding elections, the situation in the country is deteriorating. Drop in GDP continues, as well as the rise in prices for almost all products. Experts’ forecasts are disappointing. Improvement can be expected only by the end of the year, but on condition that the epidemiological situation in the world remains stable.

The coronavirus pandemic in 2020 and political events led to the largest collapse of economy in Kyrgyzstan. There is no talk about stabilization of the situation so far. On the contrary, GDP continues to decline for the second month in a row.

The economy fell by 9.4 percent for two months. Compared to February, it accelerated by 0.5 percent.

The Eurasian Development Bank noted that the decline continues in industry, construction, wholesale and retail trade, the transport sector, restaurant and hotel business.

When calculating GDP and its changes compared to last year, many factors are taken into account: prices, production volumes by industry, budget revenues, government expenditures. Kyrgyzstan is an import-dependent country. This means that we buy most of the goods in dollars.

Economic activity in Kyrgyzstan is limited by high uncertainty, a complex epidemiological situation in the country and abroad.

Situation in the industrial sector is also extremely difficult. Constant squabbles between the state and the mining enterprises lead to the fact that their output indicators are falling. Exactly this sector is the flagship of the economy. But the results of the first quarter of the year indicate a significant reduction in production volumes.

As a result of January-March 2021, the drop in industrial production reached 17.9 percent.

In January-March, compared with December 2020, the rise in prices in the republic amounted to 3.2 percent. Prices of alcoholic beverages and tobacco products increased by 5.4 percent, food and non-alcoholic beverages — by 4.3 percent, non-food products — by 2 percent, tariffs for services rendered to the population — by 0.5 percent.

The rise in prices was observed in all regions of the republic. The maximum growth (4.4 percent) was recorded in Issyk-Kul region, where food and non-alcoholic beverages rose in price by 7.5 percent.

According to the National Statistical Committee, an average salary in the republic is 17,940 soms.

What Kyrgyzstan trades in

Await growth by the summer

The Eurasian Development Bank noted that the economic decline in 2020 was the deepest for Kyrgyzstan in the past 26 years. It was characterized by a widespread decline in economic activity.

In 2021, the EDB forecasts a recovery in economic growth and GDP growth of 3.9 percent.

This will largely be facilitated by a significant mitigation of sanitary restrictions compared to the previous year. But activation will take place only in the second half of the year. The predicted increase in remittance inflows will support domestic demand.

Weakening of quarantine measures in trading partner countries could have a positive effect on Kyrgyzstan’s supplies abroad. Inflation is expected to slow down at the end of 2021 to 7.3 percent.

The rise in prices will remain above 10 percent until September.

The bank noted that the emergence of new strains of the virus could slow down the process of opening borders in the countries — trade partners of the Kyrgyz Republic. This will significantly affect its export-oriented industries and slow down economic recovery.

«An average annual exchange rate of the Kyrgyz som to the dollar in 2021 in the risk forecast will be at the level of 88.3 soms, which is 4 percent weaker than the baseline. Inflation due to the devaluation of the national currency will reach 10 percent by the end of 2021. In 2023, it will slow down to 4-4.7 percent amid weak domestic demand,» the EDB experts warn. 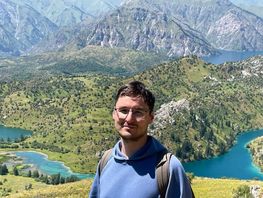 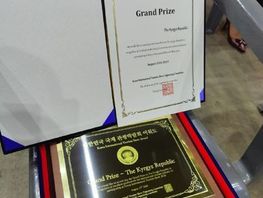 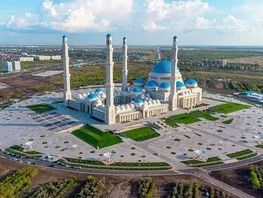 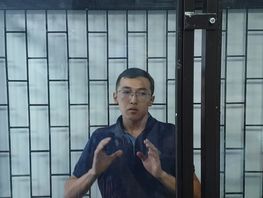