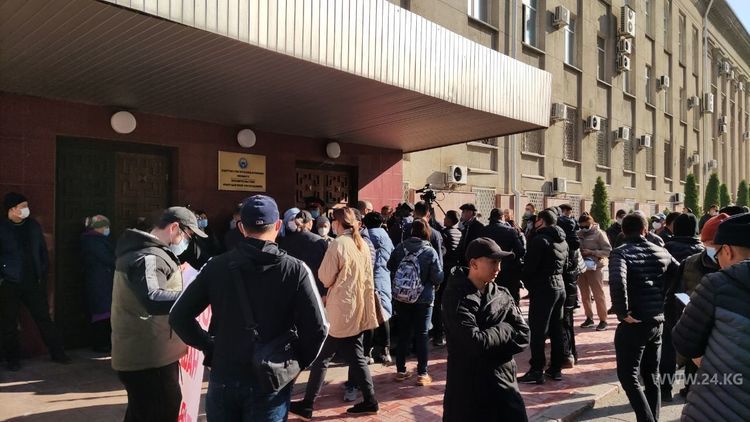 Sellers of Dordoi market tried to break into the Government building in Bishkek.

They have been holding rally for several hours, but no one came to them for negotiations.

When about seven people tried to break through the guards on the west side of the Government House, they were pushed aside and the door was locked. The protesters demand a meeting with the First Deputy Prime Minister of Kyrgyzstan Artem Novikov.

Representative of the Cabinet’s Executive Office came out to them five minutes later and offered to hold negotiations with three representatives of the market.

Sellers of Dordoi market hold rally at the Government House. They demand from the authorities to help with delivery of their goods, which got stuck at the Kyrgyz-Chinese state border.