President of Kyrgyzstan Sooronbai Jeenbekov got acquainted with the progress of the capital reconstruction of the building of the Infectious Diseases Department of Batken Regional Hospital. Press service of the Presidential Administration reported. 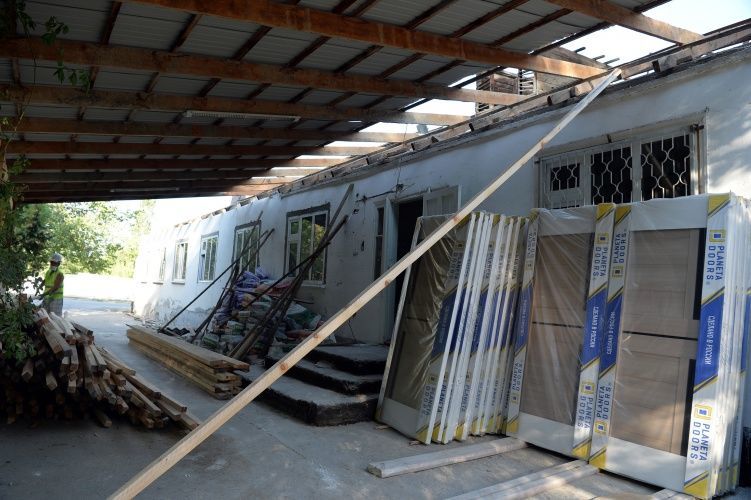 Repair and restoration work is being carried out to deploy a new department of the hospital with 90 beds. It is planned to be completed by the end of August.

More than 116,000 residents of Batken district and Batken city are served by the 45-bed Infectious Diseases Department, which is not enough to meet the needs of the local population.

The head of state talked with the medical personnel, told in detail about the goals and objectives of the country’s digitalization policy, which in the field of medicine should primarily be aimed at creating the most comfortable conditions for patients. Digitalization will also contribute to replenishing the republican budget by withdrawing funds from the shadow turnover and increasing salaries of social workers. 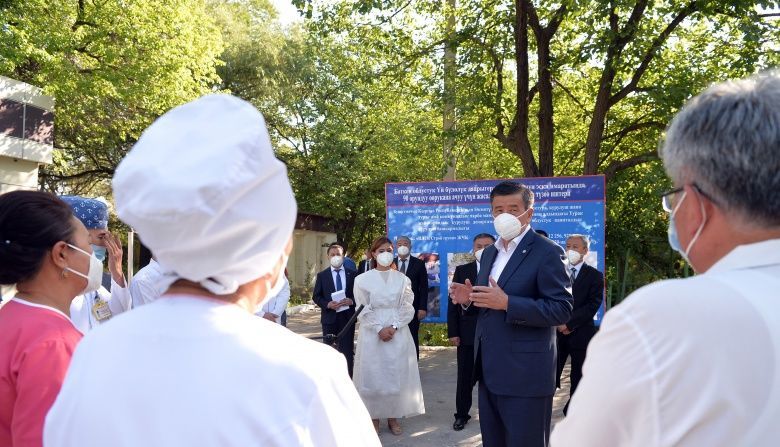 The head of state called on medical workers themselves to get actively involved in the digitalization process and noted that he was well aware of the problems of the healthcare sector.

«The Security Council has been working on the study of health problems for a year and a half. In the near future we will consider this issue comprehensively to improve the situation. The pandemic has exposed all the problems of the system,» the president stressed.

The head of state once again expressed gratitude to the medical workers. He added that the country’s government continues inspecting abandoned buildings in the regions to convert them into modern hospitals.