The State Service for Combatting Economic Crimes of Kyrgyzstan is no longer involved in check of the property of the former deputy head of the Customs Service, Raiymbek Matraimov. The state service informed 24.kg news agency.

According to Financial police, all materials have been sent to the State Committee for National Security. Earlier, MP Mirlan Zheenchoroev received a response from the Prosecutor General’s Office that his statement about investigation of the facts voiced in a journalistic investigation about smuggling and corruption at the Customs was sent to the State Service for Combatting Economic Crimes. 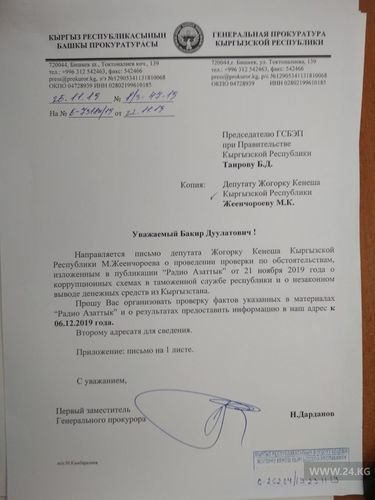