A meeting-requiem in honor of the 77th anniversary of the breach of the siege of Leningrad took place in Bishkek in the park named after Dair Asanov with participation of the President of Kyrgyzstan Sooronbai Jeenbekov.

The head of state stressed that belief in victory was strengthened not only among the residents of Leningrad, but also among all citizens of the Soviet Union on this day.

«We treat with due care the memory of those tragic and, at the same time, heroic days. We are proud of the siege survivors, our compatriots, who are among us today. We bow our heads to the memory of more than 4,500 Kyrgyzstanis, who died during the liberation of Leningrad,» he said.

Anna Kutanova, Chairperson of the Kyrgyz Society of Leningrad Siege Survivors, thanked the President for the congratulations and financial support for the Society. 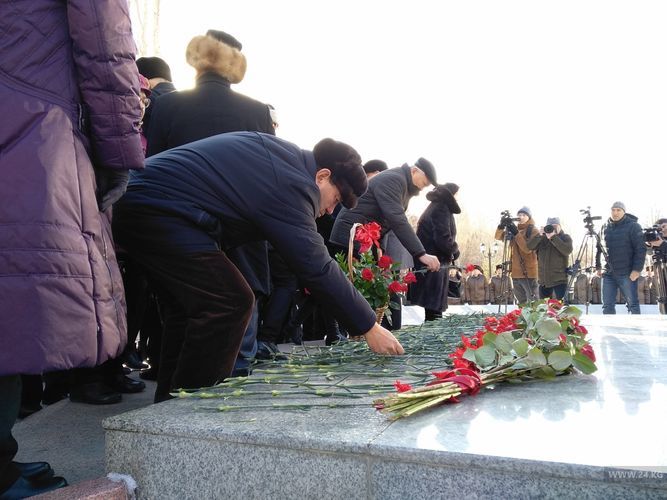