Air pollution level in some Bishkek districts dangerous to health

MoveGreen environmental movement installed several sensors in Bishkek that measure the content of small PM2.5 particles in the air.

Average daily rates are taken to calculate the level of pollution. The measurement results are available in real time. 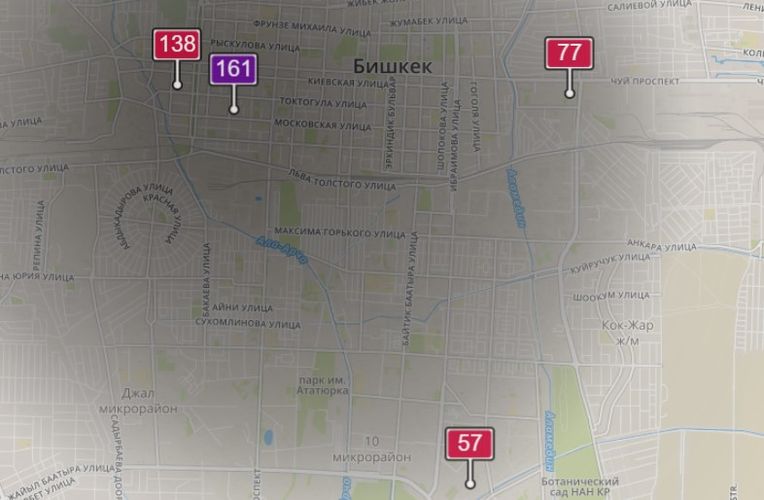 By the way, officials of the State Agency for Environmental Protection and Forestry of Kyrgyzstan do not recognize the data of these sensors. But they made their own measurements on December 2 and admitted that the air in Bishkek was polluted, including by heavy metals.