According to the center, performance groups from different countries participate in the festival.

At least 12 Santa Clauses from nine countries and four regions of Russia attend the festival. The Kyrgyz Ayaz Ata is among them. 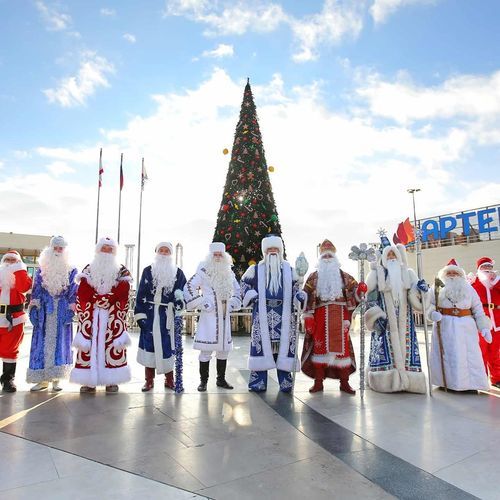 They told the children about the customs of the New Year celebration in their countries and got acquainted with traditions of the famous children’s center.

In the year of the 95th anniversary of Artek, fairy-tale heroes left their best wishes to the children’s center and, along with Artek’s children, made secret wishes at the helm of Morskoy children’s camp.