Editor-in-Chief of Factcheck website, Bolot Temirov, was attacked in Bishkek. He himself told 24.kg news agency. 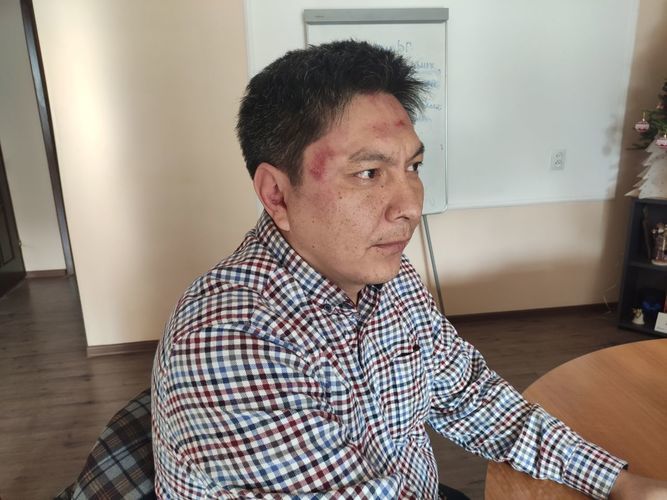 According to him, two young men attacked him in the yard of an office on Toktogul Street. «One hit me from behind, I fell, and the second began to kick me. I had a cell phone in hands; they took it away. They didn’t take anything else. I don’t think that it was robbery. They wanted to scare me,» Bolot Temirov said.
link: https://24.kg/english/139982/
views: 658
Print
Related
HRW: Kyrgyz journalists were harassed by law enforcement in 2020
Attack on Bolot Temirov: Defendants convicted, but amnestied
Freedom of speech is at threat: Media experts on harassment of journalists
Media community urges authorities to investigate attacks on journalists
Freedom of speech in Kyrgyzstan is under threat after another coup
20 facts of attacks on journalists registered during riots in Bishkek
Union of Journalists of Ukraine expresses solidarity with Kyrgyz colleagues
Elections 2020: Police check facts of attacks on journalists
Kloop.kg journalist attacked in Osh city
Azattyk camera crew attacked in Talas during election coverage
Стоимость акций Центерры на бирже в Торонто (TSX)
на 10.05.2021
USD 6,9