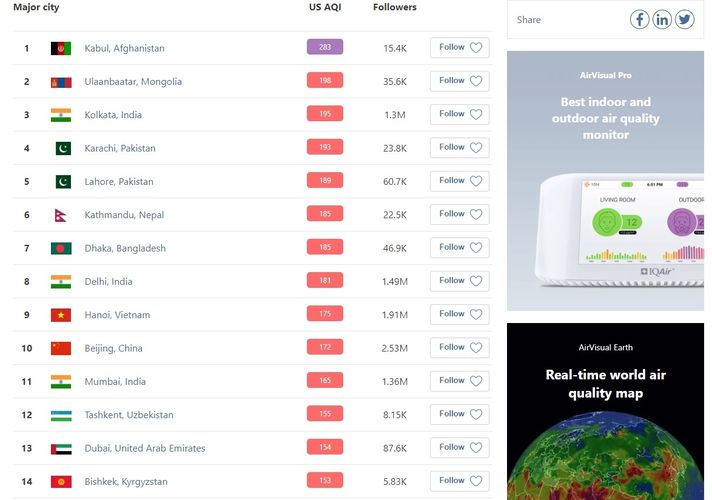 According to it, the most polluted city in the world is the capital of Afghanistan — Kabul. And the least polluted is the Japanese Kobe city.

Related news
Highest air pollution level in Bishkek registered in Osh market area
According to the WHO norms, the average annual level of РМ2.5 should be not more than 10 µg / m³, and the average daily level should not exceed 25 µg / m³. According to the national legislation of the Kyrgyz Republic, the norm is 35 µg / m³. Exactly this standard is taken for calculations. A one-time allowable concentration, according to MoveGreen, set in the national legislation is 160 µg / m³.

By the way, officials of the State Agency for Environmental Protection and Forestry of Kyrgyzstan do not recognize the data of these sensors. But official data of the agency are not available, especially online.