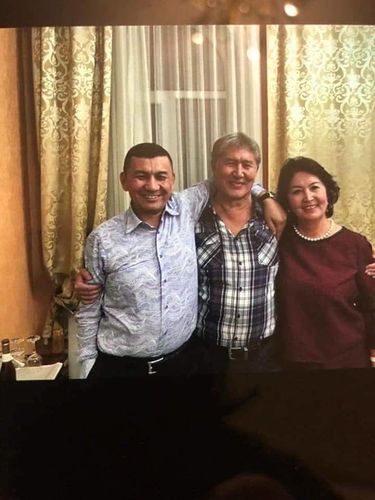 A photo of the former president of Kyrgyzstan Almazbek Atambayev hugging a Chinese businessman Khabibula Abdukadyr was posted on social media.
Related news
Investigation of journalists: Smuggling schemes lead to clan of Raiym Matraimov
Recall, he is mentioned in the investigation of  Azattyk, Kloop and OCCRP into transfer of millions of dollars from Kyrgyzstan. It turned out that businessmen from China and local officials, including the ex-deputy chairman of the Customs Service Raiymbek Matraimov, were involved in the gray schemes.

Khabibula Abdukadyr is an influential businessman in the XUAR. His family, as the journalists found out, has business interests not only in the Kyrgyz Republic, but also in Kazakhstan and Uzbekistan, as well as in the UAE, Germany, Great Britain and the USA.

According to Aierken Saimaiti, the businessman Abdukadyr is the founder of the largest market in Uzbekistan Abu Sahiy, and a transport company with the same name, which supplies goods to Central Asian countries, including the EAEU zone. He is associated with the ex-customs officer Raiymbek Matraimov.

It was also mentioned that relatives of the Chairman of the State Service for Combating Economic Crimes Bakir Tairov have business relations with two companies of Khabibula Abdukadyr.