A Chinese businessman Aierken Saimaiti, who was killed in Istanbul, told Azattyk, Kloop and OCCRP a few months before his death how he transferred millions of dollars from Kyrgyzstan, and who of the Kyrgyz officials helped him with this.

«According to Saimaiti himself, he was a professional money launderer. For five years, at least $ 700 million have been sent out of Kyrgyzstan to a dozen countries of the world through electronic transfers and in cash under his personal control. The true nature of the transactions was backed by sham contracts, and special couriers transported the cash — they declared the money as their own. Saimaiti’s scheme provided shady financial flows, the volume of which is astounding, especially considering that Kyrgyzstan is one of the poorest countries in the world,» the investigative report says.

He is a native of Urumqi, Xinjiang Uygur Autonomous Region of China. He arrived in Kyrgyzstan in 1999. The 17-year-old Saimaiti settled in Osh city, and began to trade on Kara-Suu market. An influential businessman in the XUAR, also a Uyghur, Khabibula Abdukadyr, approached him a short time later. His family, as the journalists found out, has business interests not only in the Kyrgyz Republic, but also in Kazakhstan and Uzbekistan, as well as in the UAE, Germany, Great Britain and the USA.

It is reported with reference to Saimaiti that Abdukadyr is the founder of Abu Sahiy — the largest market in Uzbekistan, and the transport company with the same name, which supplies goods to Central Asian countries, including the EAEU zone. 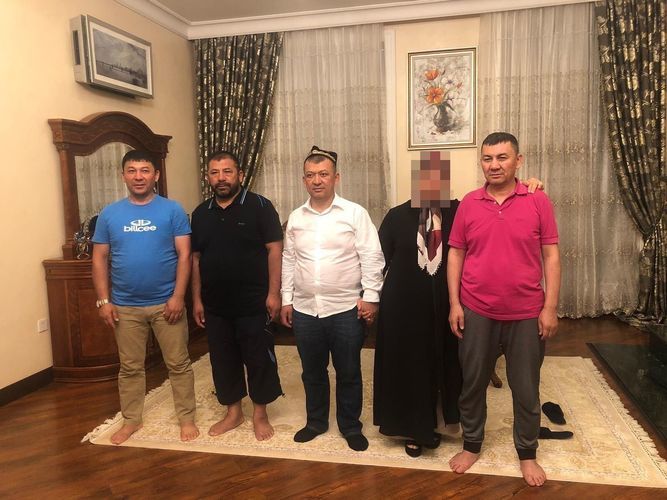 Abdukadyr’s key partner in Bishkek was the former deputy chairman of the State Customs Service of Kyrgyzstan Raiymbek Matraimov — such an influential person that he was considered virtually untouchable. A significant share of the Abdukadyr’s family income was spent on bribing an entire army of corrupt civil servants.

From the investigative report by Azattyk, Kloop, and OCCRP

Journalists also found out that the Matraimovs and the Abdukadyr’s family are co-investors in a property in Dubai. 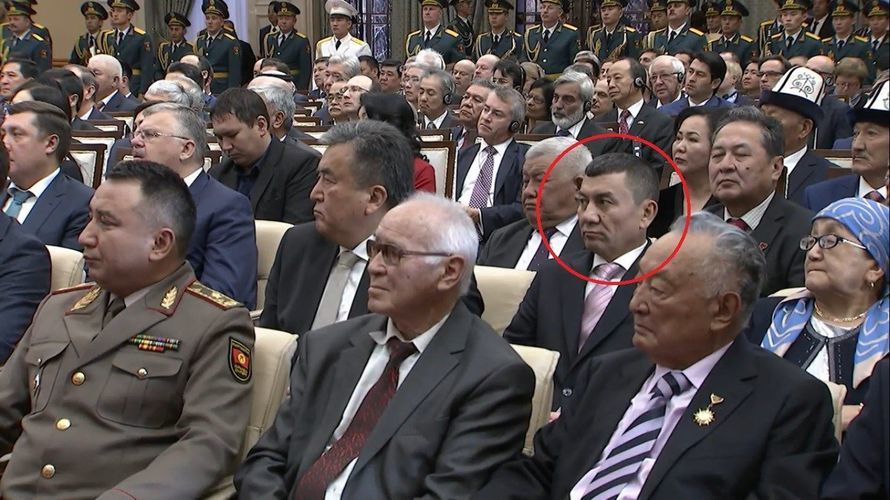 How did the scheme work?

Aierken Saimaiti told that about 600 Abu Sahiy trucks with all kinds of goods crossed the border between the Xinjiang Uygur Autonomous Region of China and Kyrgyzstan and headed for Tashkent and further to other regions.

«There were enough «loyal» to Abdukadyr people at both the Kyrgyz customs terminals Torugart and Irkeshtam on the border with China, as well as in Kara-Suu on the border with Uzbekistan, in order the terminals can function almost like his private structures. More than a dozen entrepreneurs told reporters about a special «customs regime,» under which only Abu Sahiy trucks and related companies managed to pass control quickly and without problems. Competitors’ cargo was detained and they were put other obstacles in way — so serious that it was extremely difficult to do a business,» the investigative report says.

«No one ordered transportation from you, because your transportation will be expensive, and it will be difficult for you to take the goods out of the terminal,» an entrepreneur complained. «Therefore, some freight companies barely survived.»

The «fee» for each truck that officials passed through the customs ranged from $ 4,600 to $ 5,000. If we use his estimate of 600 trucks per month, then the monthly income was up to $ 3 million. Saimaiti also explained that this amount was distributed among various officials and accomplices at different levels of government.

From the investigative report by Azattyk, Kloop, and OCCRP

«Another advantage was that goods from China could be processed as a transit cargo, which supposedly was expected in Uzbekistan, and not as import to Kyrgyzstan — it was much cheaper.

However, many of these trucks did deliver goods to Uzbekistan for sale in Tashkent. However, a significant part was unloaded in Kashgar-Kyshtak on the Uzbek border, where objects of the Abdukadyr’s family are located. Then, empty vehicles entered Uzbekistan with transit documents, and the goods they left could be sold in Kyrgyzstan or sent to more profitable markets — to Kazakhstan or Russia,» the investigative report says.

It is reported that another scheme was implemented through Noogardan-Atush market, which was mentioned in the Azattyk investigation in the spring of 2019. This almost non-functioning bazaar in Batken region was opened in 2014. The founders were Saimaiti himself and his Abdyraz company. Abdukadyr also transferred money through this company by concluding sham contracts.

«The goods were not for sale [in Kyrgyzstan],» said Saimaiti. «We only showed in the documents that they were later sold on my market ... But in reality, the goods were sent to Russia. Import of Chinese goods into Russia and Kazakhstan under the guise of Kyrgyz allowed avoiding the fees stipulated by the Eurasian Economic Union,» the investigative report says.

Here is how Saimaiti described the process: «For example, textiles are cheap, clothes and shoes are expensive. [Their customs clearance] will cost $ 3, and to carry textiles through the customs — only 50 cents. They will draw up [ a document] as if I was brought textiles. Or they bring phones, and documents are filled in for textiles. Phone is $ 6 [customs clearance cost]. If they process one truck [with phones] as a truck with textiles, this is $ 5,000. Give them $ 5,000 and take this [truck with phones] to Russia and sell it there. So you can ruin any [competitor].»

«Raiym’s guys come [to customs terminals] and collect [all the money],» said Saimaiti, voicing the names of several people and noting that one of them is now occupying a high post in the customs service," the investigative report cites the words of the killed.

The businessman showed reporters a book of account, a charity fund of Raiymbek Matraimov’s family in it was indicated as KERGIZSTAN RK. The submitted documents say that the money had been transferred there from August 2016 to February 2017.

Money was transferred not only through banks, but also brought to Kyrgyzstan in cash: they were hidden in spare wheels of trucks and transported across the border. According to him, each truck was accompanied by two others — one in front and one in the back to control the driver.

Saimaiti told reporters that upon arrival in Kyrgyzstan, trucks delivered cash to the warehouse of Abdukadyr’s network near the Uzbek border.

«In Kashgar-Kyshtak [drivers] counted the money and handed it over to me. Three or four armed guys transported it [the money] by car to a bank,» he added. «When everything was ready, I also went there, signed [documents] and transferred them. That was my job. I did not touch the money and did not count them,» the journalists quote the businessman as saying.

In addition, it turned out that the wife of the former customs official, Uulukan Turgunova, bought a plot of land in Dubai (UAE) together with representatives of the Abdukadyr’s family on which a five-story multi-purpose building is being built. This became known from the database of Dubai real estate obtained as a result of a leak, and other publicly available information.

Judging by the declarations of Matraimov, which he submitted as an official, his family could not afford such investments. But Saimati assured that it was Abdukadyr’s money that was transferred to Dubai, which could be another channel of Matraimov’s enrichment from cooperation with the underground cargo empire.