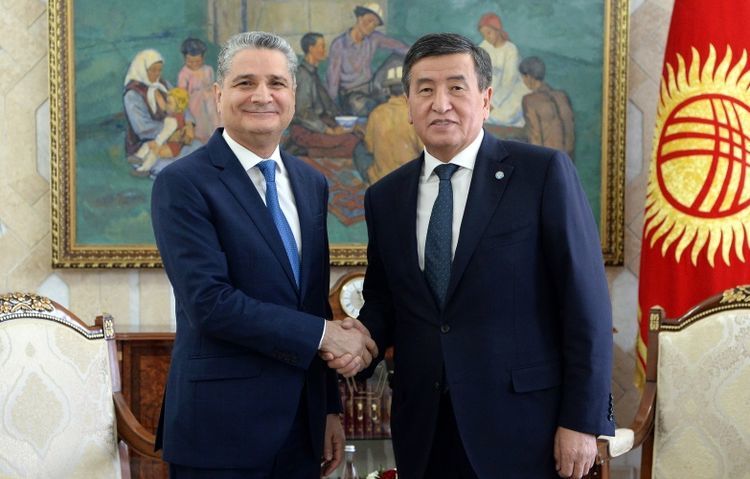 President of Kyrgyzstan reiterated the need to remove existing barriers and obstacles in the mutual trade of the countries of the Eurasian Economic Union. The Information Policy Department of the Presidential Administration reported.

Sooronbai Jeenbekov met with the Chairman of the Board of the Eurasian Economic Commission (EEC) Tigran Sargsyan. The parties discussed relevant topics of cooperation within the framework of Kyrgyzstan’s membership in the EEU.

Related news
Prime Minister: Restrictions on remittances - violation of EEU Treaty
The President congratulated Tigran Sargsyan on the successful holding of the International Forum Eurasian Week in Bishkek. He expressed confidence that the forum would make a significant contribution to the practical implementation of the plans for business development in the Eurasian space.

«The head of state once again noted the need for further development of cooperation between countries and deepening integration within EEU, elimination of existing barriers and obstacles in mutual trade. He stressed that over the five-year period of existence, the Eurasian Economic Union has proved its viability and effectiveness as an economic integration association,» the statement says.

Tigran Sargsyan recalled: five years ago, there were assumptions about work of the national interests of the states within the framework of the EEU. He noted that as of today the system was fully debugged, operational measures were being taken to resolve individual issues that arise.

The parties also discussed the agenda of the upcoming meeting of the Supreme Eurasian Economic Council and the International Forum «Transit Potential of Eurasian Continent», which will be held in Yerevan (Armenia).