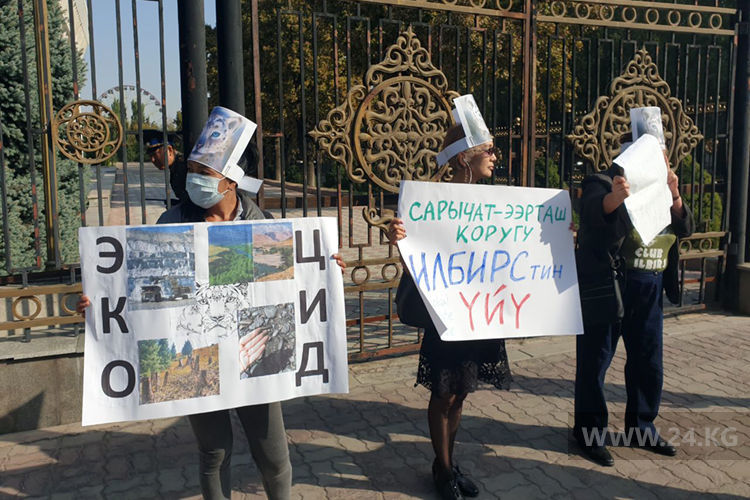 Rally against environmental pollution took place near the building of the Parliament of Kyrgyzstan in Bishkek.

According to organizer of the rally Eleri Bitekchi, the reason for the protest was alleged transfer of Sarychat-Ertash nature reserve in Issyk-Kul region to Kumtor gold mining company.

«Barsbek initiative group intends to sue all mining companies, in particular, Kumtor, Solton-Sary, enterprises operating in Chatkal and Toguz-Toro. Earlier, we filed a lawsuit, but it was not accepted for consideration,» he said.

Earlier, information that the Kyrgyz government allegedly agreed to allocate 16,000 hectares of land in Sarychat-Ertash nature reserve for gold mining under a new agreement with Centerra Gold was spread on the social networking sites.

However, the Chairman of Kyrgyzaltyn OJSC Almaz Alimbekov denied the information. According to him, the territory of the concession area, including 16,000 hectares, was not included in the nature reserve zone. Therefore, exploration work on its territory was not carried out.