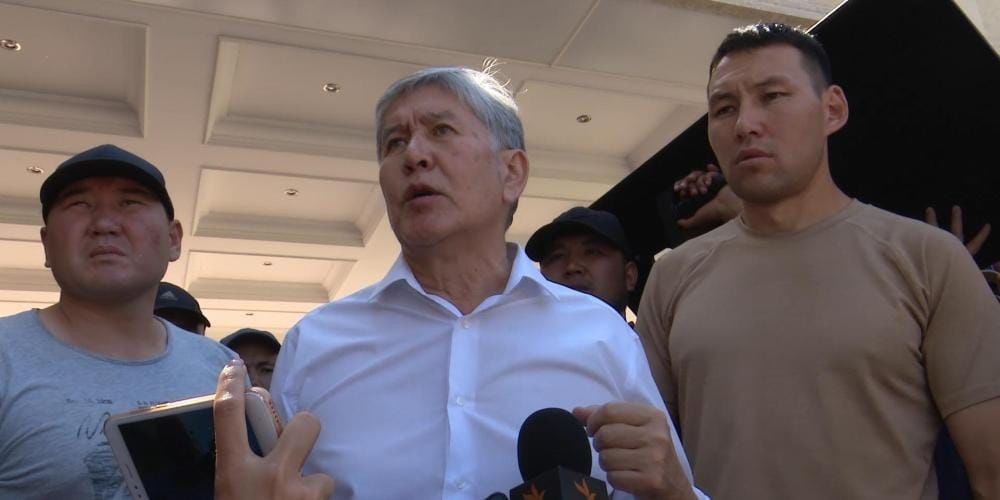 Kanat Sagynbaev, an employee of the Ninth Department of the State Committee for National Security of Kyrgyzstan, attached to the ex-president Almazbek Atambayev after the latter resigned, was dismissed from the national security bodies. His lawyer Zamir Jooshev told 24.kg news agency.

According to the representative of the defense, bodyguard of Almazbek Atambayev was fired with the phrase «incompetency.»

Recall, after the former head of state surrendered to the authorities on August 8, Kanat Sagynbaev was brought for interrogation to the Ministry of Internal Affairs in the same evening. He became a defendant in a criminal case on riots in Koi-Tash village.

The dismissed SCNS employee is under house arrest.

The Investigation Service of the Ministry of Internal Affairs is investigating eight criminal cases on the events in Koi-Tash village on August 7-8. At least 12 people are suspected of attempted murder, murder, hostage taking, mass riots and hooliganism.

Sooronbai Jeenbekov expresses condolences to President of Pakistan
News brief
27 May, Wednesday
09:04
Victory Parade in Moscow to be held on June 24 Victory Parade in Moscow to be held on June 24
26 May, Tuesday
18:21
At least 393 citizens return to Kyrgyzstan from Moscow
17:58
Planned immunization resumed in Kyrgyzstan
17:42
At least 717 people get measles in Kyrgyzstan since beginning of 2020
17:30
Medicine used in treatment of coronavirus produced in Kyrgyzstan
17:00
Campaign for issue of passports to prisoners resumed in Kyrgyzstan
16:15
Two more COVID-19 cases detected at Children's Department of Oncology Center
15:48
Parliament of Kyrgyzstan has new deputy
15:34
Graduates of Kyrgyz schools to be able to enter universities remotely
15:11
COVID confirmed in patient of Maxillofacial Surgery Department after discharge