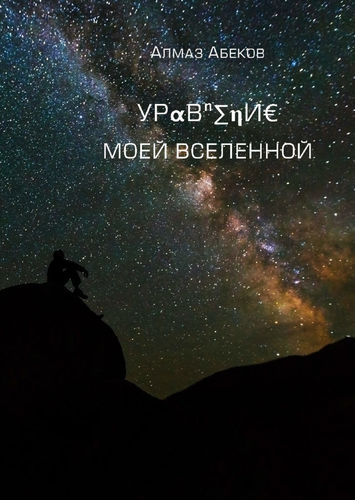 Almaz Abekov, ex-adviser to MegaCom’s CEO, wrote a book «Formula of My Universe» in the prison colony and opened a robotic workshop. His lawyer Abaz Mambetakunov told journalists.

According to him, Almaz Abekov began to write the book in the pre-trial detention center of the State Committee for National Security, and finished it already in the high security colony in Petrovka village. This is the second edition of the book. The first was published in the UK. In the book, Almaz Abekov describes his life before the pre-trial detention center, tells about life in the prison and the colony.

«The book is simple, easy to read. There is a place for various funny stories, prison tales, God, physics in it. Reader will recognize many well-known politicians, although the names are not directly called,» added lawyer Ikramidin Aitkulov.

A robotic workshop was opened in the prison colony in Petrovka village, where Almaz Abekov is serving his sentence. With a help of a computer program, robots make soap, souvenirs, various items.

The former MegaCom adviser Almaz Abekov was sentenced to 25 years in prison with confiscation of property for economic crimes. He has to pay 91 million soms in favor of the mobile operator. The former head of CJSC Azamat Murzaliev was sentenced to 12 years, the director of Novostroy Service Aman uulu Kenzhebek — to eight years by the decision of the court, but he is already on parole.

In February 2019, the Supreme Court reviewed the criminal case of the ex-adviser to the head of Alfa Telecom CJSC (MegaCom trademark). The judicial board, chaired by a Judge Lepes Temirbekov, changed the sentence of the Bishkek City Court. Finally, Almaz Abekov was sentenced to 15 years in prison.