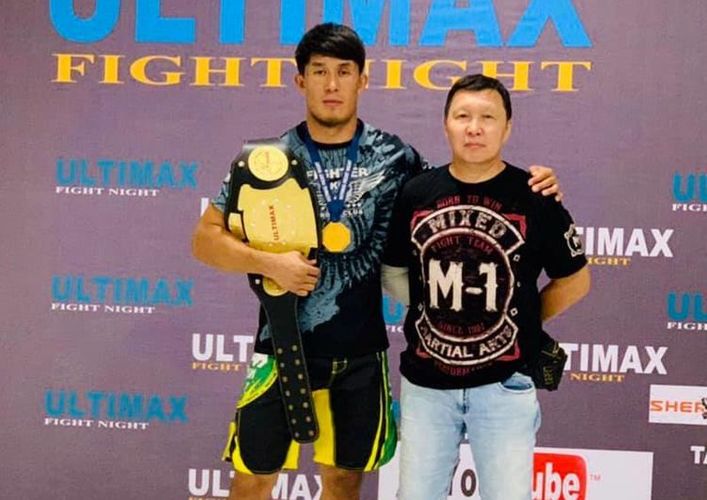 Professional tournament Ultimax Fight Night was held on July 28 in Baku (Azerbaijan). Beksultan Omurzakov was to compete with an Iranian Asgar Mashadi for the championship belt in the weight category up to 90 kilograms. But, at the last moment, the opponent refused to participate in the bout for an unknown reason.

«We were perfectly ready for the battle. This belt is our contribution to raising the prestige of MMA in Kyrgyzstan,» said Kenzhebek Chekirov.