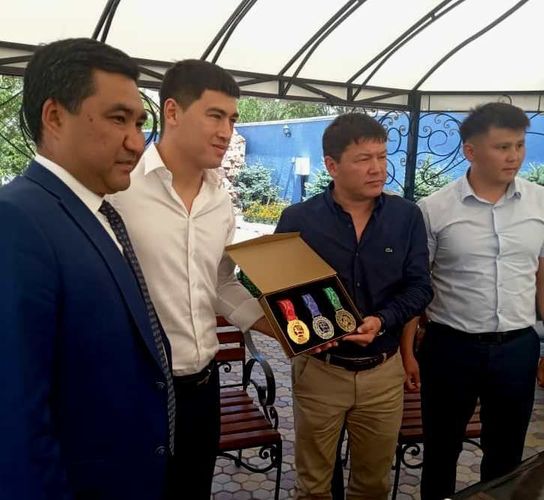 The sportsman attended training camps in Issyk-Kul region from June 6, and held an informal meeting with the Director of the State Agency for Youth Affairs, Physical Culture and Sports Kanat Amankulov, who presented him with a souvenir.

Dmitry Bivol was born in 1990 in Tokmak. He became devoted to boxing at the age of 6. He was the champion of Kyrgyzstan among young men, was a member of the youth team of the country. At the age of 15, he left for Russia. He won 16 professional fights out of 16 (11 by knockout).