According to her, members of the family of the ex-president participate in the march since 2015. Almazbek Atambayev himself joined the march only this year. 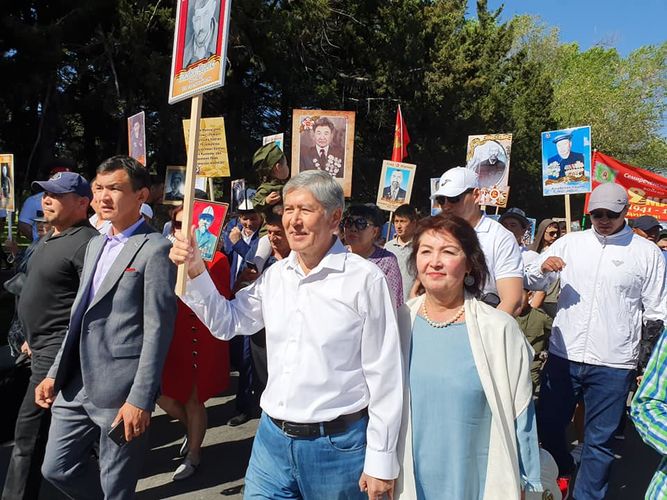 «The father of the former president Sharshen Atambayev is a participant of the Great Patriotic War. In June 1943, he was called up for military service. Until May 9, 1945 he served as a rifleman of the infantry regiment No. 1237 as a part of the 373rd division. In May 1945, the division participated in the Berlin operation of the 1st Ukrainian front in Gerlitz area,» Kunduz Zholdubaeva wrote.

In addition, the former head of the 9th Service of the State Committee for National Security Damir Musakeev was also noticed in the column. 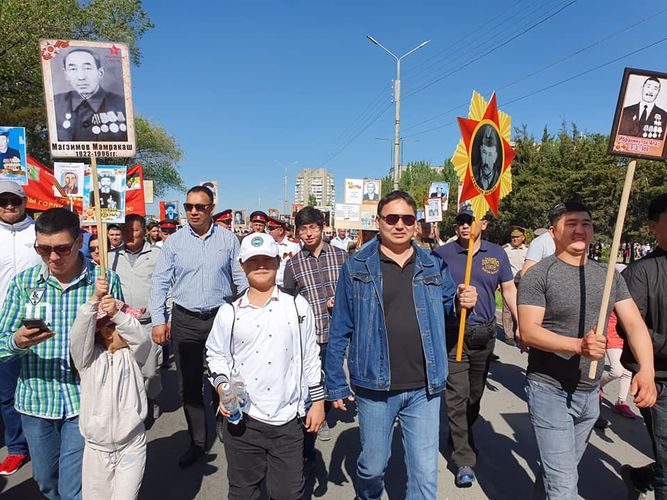