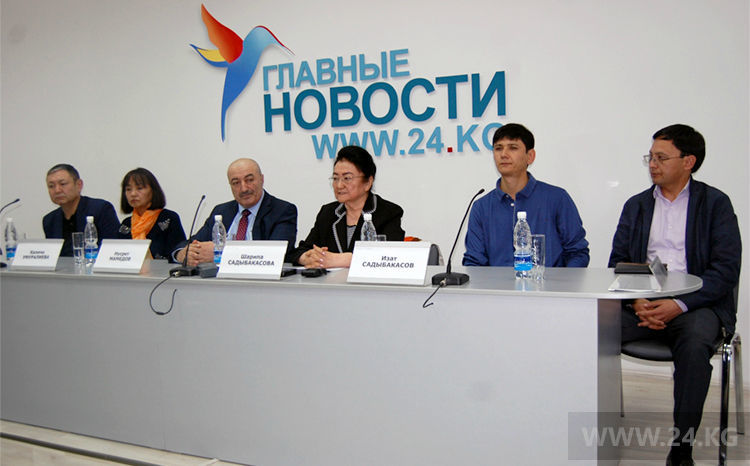 Shareholders of Kyrgyzstan bank have achieved opening of a criminal case on non-payment of dividends under two articles of the Criminal Code. One of them is about raider seizure. Human rights activist Kalicha Umuralieva told today at a press conference in 24.kg news agency.

She herself had been a shareholder of the bank since 1998, when she came there to work. All this time, shareholders were regularly paid dividends. However, after the purchase of Kyrgyzstan bank by Omurbek Babanov, according to her, the payments stopped.

«We have not been paid dividends for 2006 and 2007. We received answers to all our requests that the bank was in a difficult situation and could not pay. But it was not true. The bank worked steadily, we had billions in assets,» stressed Kalicha Umuralieva.

At the same time, she noted that the opportunity to initiate a criminal case on this fact appeared only in 2019, after the entry into force of the new Criminal and the Criminal Procedure Codes.

«We have carefully studied them. We found out that any statement immediately goes to the Unified Register of Crimes and Offences now. Therefore, law enforcement officers will have to investigate it. We wrote a statement in February. An investigation has begun. We were interrogated. The second side was interrogated the day before. And right away, we saw some people near the State Service for Combating Economic Crimes. They came to defend the interrogated relative of Omurbek Babanov. Why did they need to do this? We believe that in this way they are trying to put pressure on the investigation,» Kalicha Umuralieva said.

It is known that yesterday the investigators of the Financial police had been interrogating the nephew of the ex-deputy of the Parliament Omurbek Babanov, Zhanybek Myrzabaev, for 5 hours.

Earlier, another shareholder of Kyrgyzstan bank Zamirgul Konurbaeva made claims against Omurbek Babanov. She also wrote a statement to the Financial police.