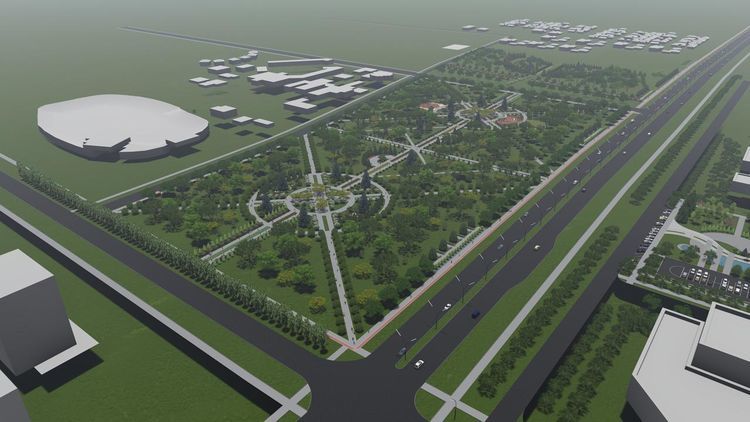 The Bishkek City Administration begun preparations for laying out a new park on the South highway. Press service of the city administration reported.

The park will be laid out from the ground up, so the Main Architecture and City Development Department of Bishkek — the project developer — considered it necessary to resolve the parking arrangement issue.

«Special emphasis in the design was placed on irrigation, watering and planting of trees. More than 2,000 trees of various species are planned to be planted on the territory,» the city administration stressed.

Playgrounds for children, hedge mazes, workout platforms, decorative pedestrian bridges, benches and other necessary elements are planned to be installed there. Race track and cycle lane will be laid around the perimeter.