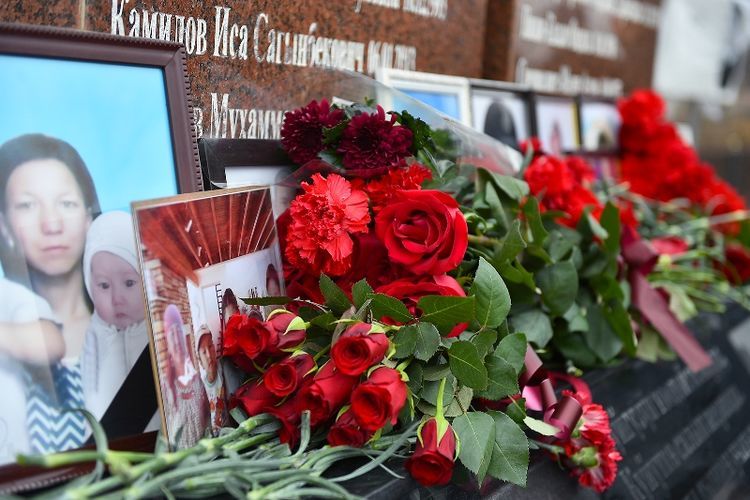 The First Deputy Prime Minister of Kyrgyzstan Kubatbek Boronov took part in the ceremony of laying flowers to the monument to those killed in Boeing 747 cargo plane crash on January 16, 2017 in Dacha SU settlement. The Information Support Department of the Government reported.

A memorial prayer was read at the crash site.

The ceremony was attended by the head of the Presidential Administration of Kyrgyzstan, Dosaly Esenaliev, relatives of the victims and representatives of the public.

ACT Airlines (MyCargo) Boeing 747 cargo plane crashed on January 16, 2017 in Kyrgyzstan. At least 35 citizens of the Kyrgyz Republic and four crew members — citizens of Turkey — were killed in the crash.