According to him, the faction argued its decision by saying that secretariat received a statement from Askarbek Shadiev on withdrawal from Bir Bol. «We received a copy of the statement too. We are not going to check its authenticity. CEC is not an investigative body,» said Abdyzhapar Bekmatov.

Recall, Askarbek Shadiev said that he did not write a statement about leaving Bir Bol faction and the CEC illegally deprived him of his deputy seat. The former deputy does not intend to return to Kyrgyzstan. He fears for his life and the life of his family and does not believe in justice. 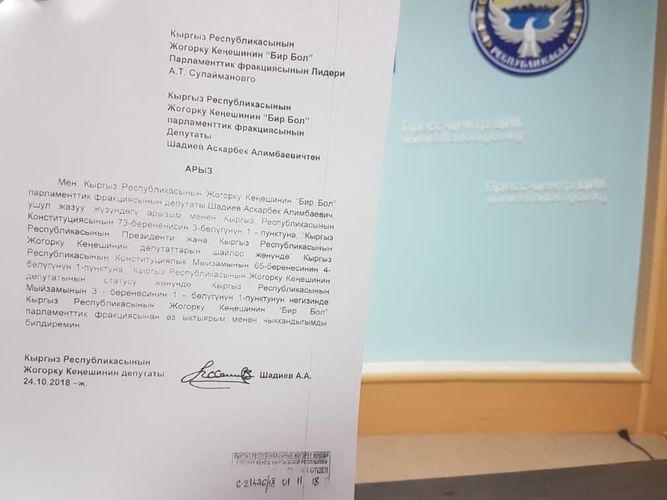 Three criminal cases were opened against Askarbek Shadiev for abuse of power, illegal crossing of the state border and money laundering. He fled the country and is on the international wanted list.