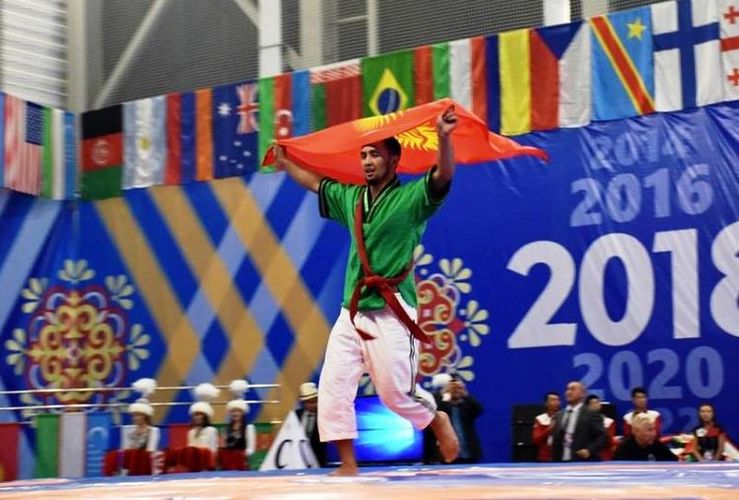 The World Belt Wrestling Championship was held within the 3rd World Nomad Games.

The championship took place on September 3 in Cholpon-Ata with the participation of 145 athletes from 35 countries. Kyrgyzstanis performed in all 12 weight categories and won two gold, three silver and four bronze medals.

This is not the first World Belt Wrestling Championship in the Kyrgyz Republic. Tournament in this sport at the 2nd WNG also had the status of world championship.