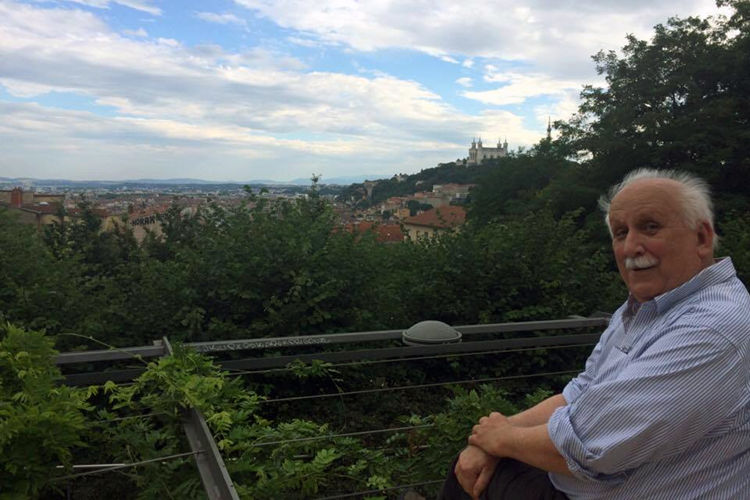 Professor John Clark first came to Kyrgyzstan in 1994 as a Peace Corps volunteer and stayed here for 24 years. He is the President of the International University of Central Asia now. It was John Clark, who suggested the idea of holding Nationwide Testing in Kyrgyzstan.

He has a doctor’s degree in geography. John Clark gave lectures at the universities of Michigan, Dartmouth, California and Harvard. Unlike many foreigners, he knows the post-Soviet countries very well.

-John, why did you come to Kyrgyzstan?

-I was bored with my job in the US. A friend, who had worked for the US Peace Corps and had negotiated the agreements to introduce the Peace Corps in the post-Soviet countries, suggested I go teach in Kyrgyzstan. «That is the one you would like the best,» he said. He knew Roza Otunbaeva, who was the Ambassador at that time.

So, the 3 of us met at a cafe in Washington and decided I should apply for a Fulbright program. As a result, I received a grant and came to Kyrgyzstan. I was a lecturer at the Osh State University.

— How did it happen that you stayed in our country for so many years?

— After that, the Embassy people said I should come back and work with Kamila Sharshekeeva to develop the Kyrgyz-American Faculty (KAF), which eventually became AUK and today’s AUCA. This was in 1994- 1995.

I worked as the president of the university until 2000, and then left for Almaty to the Kazakhstan Institute of Management, Economics and Strategic Research (KIMEP). In 2002, Kamila Sharshekeeva invited me to her team. Then I worked on the project for holding the Nationwide Testing. Later, together with the Mercy Foundation, we opened the International University of Central Asia in Tokmak. I have been working as President there since then.

-What surprises you in Bishkek and in Kyrgyzstan?

-When I first got here, the mountains were covered in clouds. It only cleared up about 2 weeks later, and suddenly I realized that there was a whole different world up there, and it was so close! 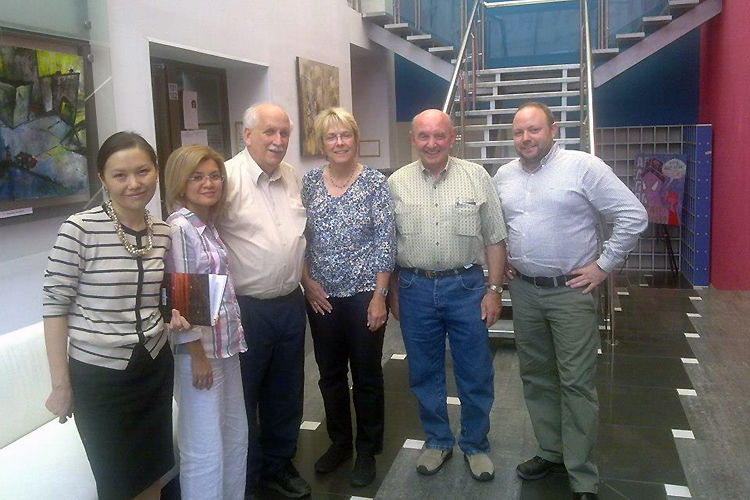 -What do you miss in Kyrgyzstan?

-Nothing much. I’ve been here so long, everything seems normal.

— You are most likely to find me at Navat on Togolok Moldo street.

— What do you like in the national cuisine and what are you afraid to even try?

-I like plov with ayva very much. But I would not try the dishes and drinks that are made from sour milk.

-What has fascinated and disappointed you in close acquaintance with the local population?

-I had spent a lot of time in Turkey before coming to Kyrgyzstan. The Turks have developed a whole narrative about opposing colonialism and ’saving’ the nation from foreign domination. I expected the same here, but it was absent. I think the people who hated colonialism the most were the ones who didn’t actually experience it. Where it did happen, people got used to it and managed to accommodate themselves to the situation, and also to see that the first radios, telegraphs, automobiles, railways and a whole lot else, were brought by the colonialists, so while they took a lot away, they also brought all the things needed for modern life.

I was disappointed that the people were so caught up in corruption. As long as this goes on, the country will stay poor.

link: https://24.kg/english/93229/
views: 895
Print
Related
Valerian Sibille doesn't like Kyrgyz language, but wants to return to Kyrgyzstan
Striker of Alga Tosin Aleriwa about football, plov and stupid people
Choreographer from Cuba Michael Campos: Kyrgyzstan is special
Eraj Kaniev from Gorno-Badakhshan finds his home away from home in Kyrgyzstan
Mary Bernadette Condé became Kyrgyz kelin, but still not used to local customs
Ambassador of India to Kyrgyzstan: I would like to see more libraries in Bishkek
Makiko Uehara and Aya Murakami: Japanese and Kyrgyz are similar in appearance
Kübra Erbayrakçı from Turkey about wonderful aspects of Kyrgyz language
Mariko Kato misses the sea, but fell in love with mountains in Kyrgyzstan
Adnan Qureshi: Spirit and atmosphere in Bishkek are similar to London
Стоимость акций Центерры на бирже в Торонто (TSX)
на 16.06.2021
USD 8,13