One of world's leading chess players arrives in Bishkek

Grandmaster, contender for the world championship Nigel Short () arrived in Bishkek. He met with journalists today. 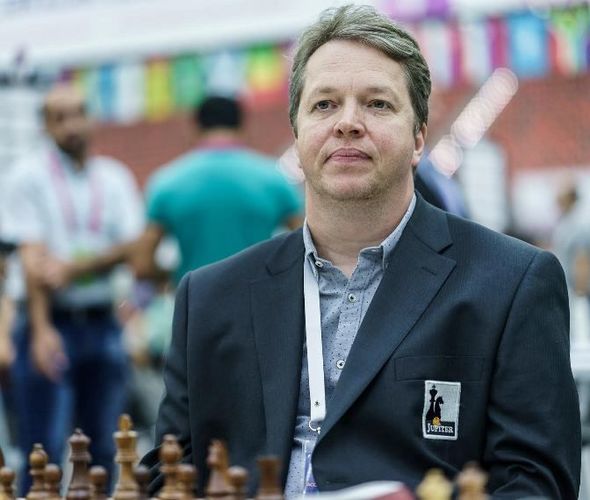 Nigel Short is 52 years old. He became the youngest international master in history and the youngest grandmaster in the world. He performed at three world championships among cadets (best result — first place) and four — among youth (second place). He won the Great Britain Championship.

He defeated the legendary Anatoly Karpov and Garry Kasparov.

He participated in 17 World Chess Olympiads. He is a member of the Order of the . Nigel Short continues his sports career and is included in top 50 the best players in the rating of the World Chess Federation (FIDE).

Nigel Short’s visit is timed to the 25th anniversary of the establishment of diplomatic relations between the Kyrgyz Republic and Great Britain. Its goal is popularization of chess and the development of children’s education.

Short will stay in Bishkek five days and he plans to visit schools, meet with students, hold a master class, participate in a simultaneous game, etc. The initiator of the visit is MiniChess Central Asia program with the assistance of the British Embassy in the .

According to Nigel Short, to succeed in chess, one must learn, improve oneself and, as often as possible, play at well-organized tournaments.

I do not think that chess geniuses are born. Practice is needed. It is also important to read chess literature. For example, there are about 3,000 books in my library. One of them is in Kyrgyz.

Answering the question if he knows one of the Kyrgyz chess players, Nigel Short found it difficult to answer. «I do not know them. If we compare with and , the level of this game in the is slightly lower. And there are no grandmasters yet,» Nigel Short added.