Representatives of authorities not present at 1st National Kurultai

The first National Kurultai is held in the Sports Palace of Bishkek today. A total of about 500 people have gathered to participate in it.

The Kurultai, represented by Azimbek Beknazarov and seven delegates — one from each region, puts forward two demands to the Kyrgyz authorities. The first is to recognize the institution of the national Kurultai as an independent higher political public organization that will control the power and include it in the Constitution. The second: to preserve in the passports of the Kyrgyz citizens «nationality» column. 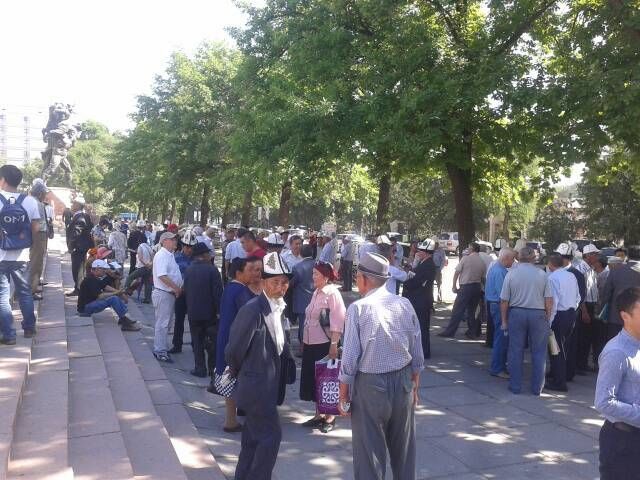