Chairman of the Assembly of the Peoples' of Kyrgyzstan Tokon Mamytov told Almazbek Atambayev about measures taken to ensure the rights of representatives of all ethnic groups living in the country, the Information Policy Department of the President’s Office reported. 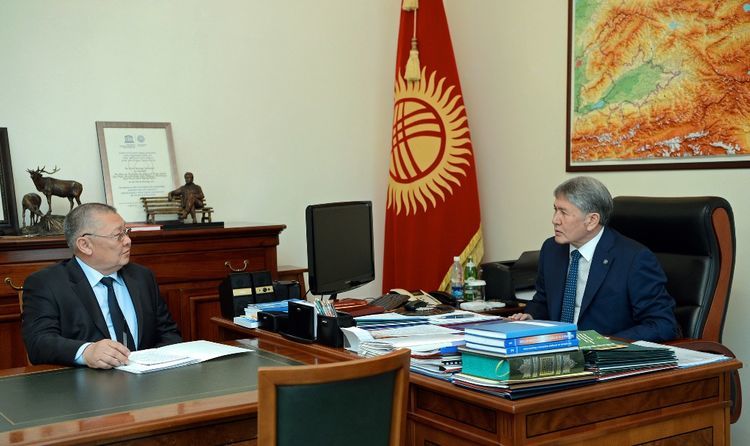 Almazbek Atambayev noted that ensuring the effective operation of a modern democratic system of management of interethnic relations is a priority in the development of the country.

The Head of State stressed the special role of the Assembly of the Peoples' of  in preserving and further development of the traditionally constructive interethnic dialogue in the country and further consolidation of the society.