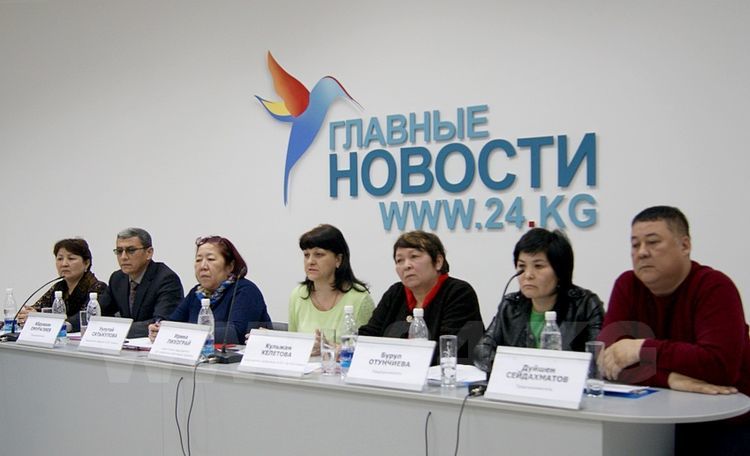 People working in the underground passages of Bishkek are ready for protests as the situation is too tense. Deputy Chairwoman of the retail workers' Trade Union Irina Likhograi announced today at a press conference in 24.kg news agency.

Recall, the Capital Construction Department of Bishkek Mayor’s Office announced a tender for the overhaul of two underground passages — at the intersection of Chui and Manas Avenues and and . 36,550 million soms were allocated for capital repair of the underground passage at the intersection of . The repair of the passage on  will cost the budget 33,450 million soms.

Irina Likhograi noted that businessmen and representatives of the Trade Union fully support the initiative of the Mayor’s Office, but there is another side to the coin.

25 years ago, people began to work in the passages without electricity, in candlelight; they built pavilions at their own expense. Businessmen did not ask a penny from the government, they paid all fees for garbage removal, electricity, paid taxes in time. But today they are not needed by their state. At the moment, entrepreneurs do not have any debts.

According to her, on March 15, entrepreneurs working in  underground passage received written notification to vacate it by April 15.

«Entrepreneurs who carry out activities in Abdrakhmanov — Chui passage did not receive notice, they were warned verbally. But the authorities do not answer how long the repair will last," Irina Likhograi said, adding that the answer came only from the Capital Construction Department, but it tells only about plans, and that is all.