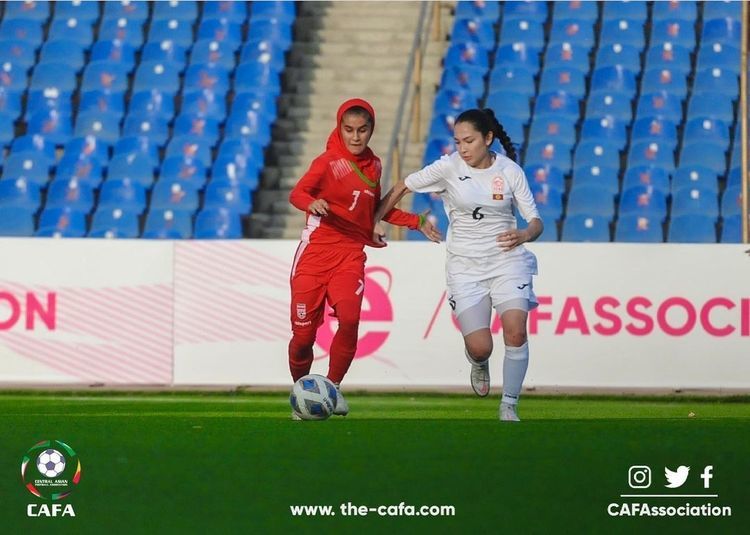 The women’s national football team of Kyrgyzstan under 20 years old lost to the team of Iran at the CAFA Women’s Championship, which takes place from June 9 to June 18 in Dushanbe (Tajikistan). The Central Asian Football Association reported on Instagram.

The opponents scored two goals in the first half. The Kyrgyzstanis scored the return goal in the end. In the second half of the game, they conceded goals from a free kick and a penalty kick.

The girls lost the first match with Uzbekistan with a score 1: 3, then defeated Tajikistan and Afghanistan with the same score 3: 0.

Prior to this match, the Kyrgyz national team took the third place in the standings.