Aisuluu Tynybekova was named the best athlete of the 2020 World Wrestling Cup, which was held in Serbia from December 12 to 19. 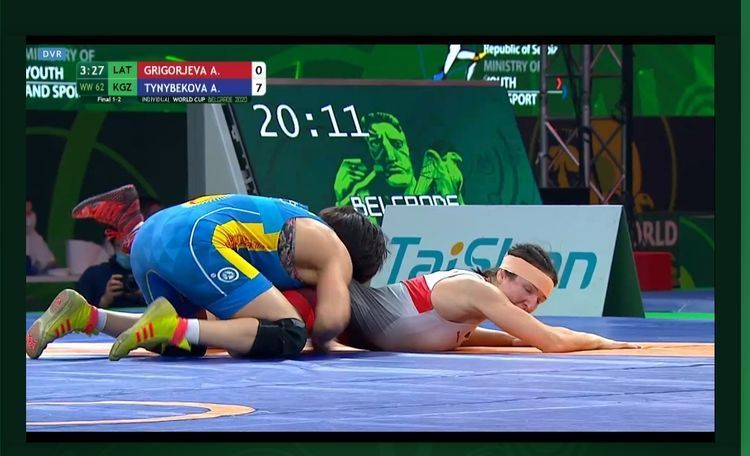 She competed in the weight category up to 62 kilograms, winning all four fights ahead of time with a total score 47: 2 and taking gold medal. According to results of the World Cup, she was named the best freestyle wrestler.

The national wrestling team of Kyrgyzstan took the second place at the World Cup, having won three gold and five bronze medals. The best throws of Aisuluu Tynybekova at the World Cup in Serbia in one video can be seen here.