Chairman of the State Committee for National Security of Kyrgyzstan (SCNS), Kamchybek Tashiev, met with the head of Savai rural administration Munarbek Saipidinov, who had previously spread a video message to him through the media. Press center of the state committee reported.

«During the conversation, the head of the State Committee for National Security listened to all the arguments of Saipidinov and instructed the relevant divisions to objectively and comprehensively study the information he voiced in the video message. Kamchybek Tashiev assured that the State Committee for National Security remained outside politics and was not engaged in persecution for political and other reasons,» the committee said. 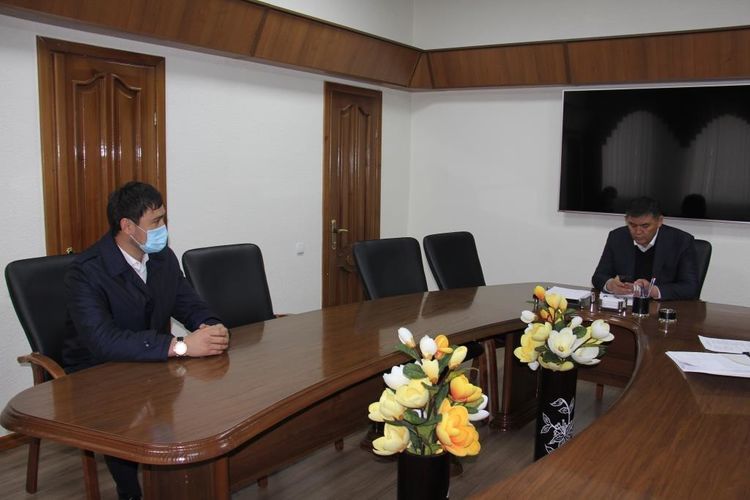 On November 18, SCNS officers conducted searches in the houses of two heads of rural administrations in Kara-Suu district of Osh region. Within the framework of the criminal case under investigation, initiated upon creation of an organized criminal group, the office of the head of Savai rural administration was also sealed.

The head of Savai rural administration Munarbek Saipidinov is called okul bala (step son) of the ex-customs officer Raiymbek Matraimov. After the searches, he made a video message to Kamchybek Tashiev, in which he complained about the persecution. After that, the State Committee for National Security sent out an official refutation of Saipidinov’s words.