Mounting and installation of a stationary centralized oxygen supply system is being completed in the Cholpon-Ata Territorial Hospital. Deputy Director of the hospital, Talant Akineev, told 24.kg news agency.

«All patients of our hospital will be provided with liquid oxygen if needed. There will be no need to purchase expensive mechanical ventilators and oxygen concentrators,» Talant Akineev said.

According to him, the installation work is already being completed. The builders have laid copper pipes along the entire perimeter of the building. A site is being constructed outside where oxygen cylinders will be stored. The system will start operating at full capacity in the coming days. 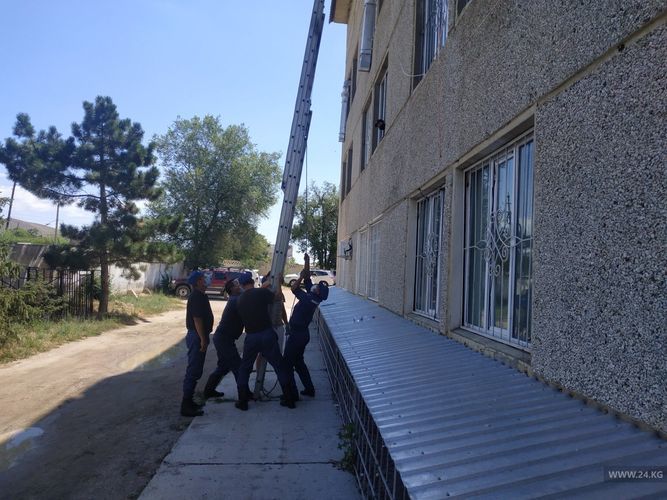 He also said that earlier this hospital was equipped with similar equipment, but after the collapse of the Soviet Union, everything fell into disrepair. Copper was plundered and sold to buyers of non-ferrous metals. Everything had to be rebuilt.

«There has been an acute problem with oxygen concentrators in the region. Through the Development Fund of Issyk-Kul region, we have financed commissioning of two facilities at once. The approximate cost of the project is about 700,000 soms. More than 75 patients can be simultaneously connected to the equipment,» Danir Imanaliev, head of Issyk-Kul region, told.