Memorial tablet on the occasion of anniversary of Vladimir Lenin appeared in the center of Bishkek. Reader sent its photo to 24.kg news agency.

The tablet is installed in the western gallery on Ala-Too Square (Ilbirs building) from Kievskaya Street side. 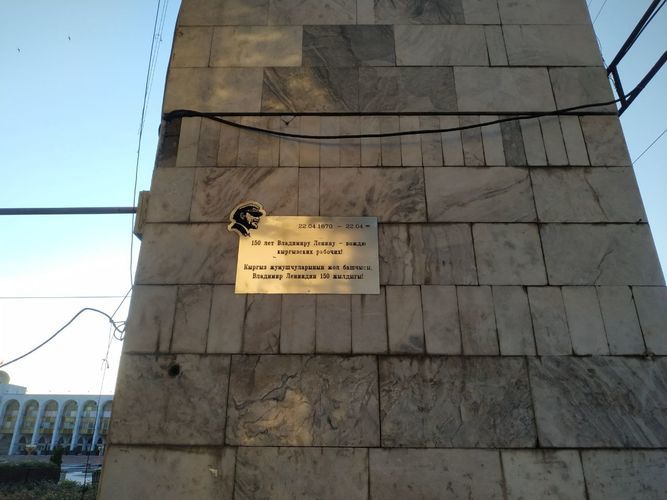 Vladimir Lenin — is a Soviet political and statesman, creator of the Russian Social Democratic Labor Party (Bolsheviks), the main organizer and leader of the October Revolution of 1917 in Russia, the first chairman of the Council of People’s Commissars (Government) of the RSFSR. He was born on April 22, 1870 in Simbirsk (Ulyanovsk).
link: https://24.kg/english/150801/
views: 529
Print
Related
Memorial plates to Yusup Abdrakhmanov, Ishenaly Arabaev to appear in Orenburg
Popular